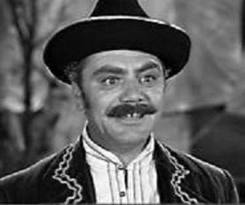 There can be no dispute that the instinct I’m most likely to abide is the one that suggests utter laziness.
The ample evidence can be found in my skimpy list of professional accomplishments and certainly in my bank account.
Yet it is irresistible.
Take this morning. It’s a magnificent fall day here in western Pennsylvania. My wife and I are heading into Pittsburgh tonight to meet about 10 friends who visit every year to attend a Steeler game.
So I’m looking forward to two raucous nights of bourbon, cigars and laughter in the town I love more than any other.
Holding all my liquor won’t be a problem because I’m sure I’ll never set it down for even a moment.
So, clearly, my lazy sirens are all flashing red.
Yet I’m in conflict because it’s been two days since I’ve blogged and unlikely I’ll write anything until my hangover abates round about Wednesday.
But I’m aware of a number of people who actually look forward to reading my posts. I hear from these people and am without fail flattered by the attention.
And these are people with salaries, nice vehicles and clean-cut families -- things to which I aspire.
This delights me and I wouldn’t want to disappointing a single one of them.
And, to be clear, I’d feel the same about my readers if they were exclusively convicts bored with porn -- a captive demographic I really should recruit.
So today I’ll split the difference. That means this is a hybrid blog -- and we all know how fashionable hybrids are these days.
I’m going to give readers a taste of my tweets -- and I’m so new to Twitter that still sounds somehow provocative. I’ve tried not to duplicate what I’ve posted in the blog previously.
I have 55 followers @8days2amish. Feel free to tag along. Or just wait until the lazy siren wails again and I’ll do another twitter dump here on the blog.
It’ll probably be another week or so.
My lazy siren is employed more often than I ever am.
Have a wonderful weekend! Be sure to do something lazy!
• How would we go about promoting a national No-Hype Week without contradicting the importance of our message?
• I still contend a day spent eating doughnuts, cheeseburgers and pepperoni pizza should be considered a well-rounded diet.
• “Confanity” is the boring, inoffensive over-dubbed words actors must mouth to make shows like The Sopranos acceptable to networks like A&E.
• The older I get the more convinced I am life's nothing but a cruel practical joke. It's amazing anyone ever bothers to wear pants.
• N. Korean children taught Kim Jung Il is so divine he neither poops nor pees. Yet, his palaces are abundant with toilets. How considerate.
• Friendly stranger asked daughter, 4, her age the other day. She said, "I'm 4 except when we go to the movies."
• Just heard Gladys & the boys singin' "Leavin on a Midnight Train to Georgia." Man, a day without sunshine is like a Knight without Pips.
• The most dedicated entomologists can't help but be anything but bug-eyed.
• Oversexed infidelity has left most American family trees all forked up
• Roger Waters brings The Wall to the 'burgh. Don't care. Never been a Pink Floyd fan. I prefer White Floyd, Andy's barber down in Mayberry
• I'm constantly striving to do things that would be feathers in my cap, but I wouldn't be caught dead in a cap with a feathers.
• I've had some delicious horseradish, yet I've never seen a horse gardening. What an amazing, multi-talented animal. Take that, cows!
• If matter can neither be created nor destroyed, how come the world doesn't smell like one gigantic fart?
• Too many people enjoy life in dainty little sips. Sip wine. Guzzle life.
• Clusterf*** sounds like it should be more fun than it is, like something you'd want to be invited to if you said you'd bring a covered dish
• Who was Nellie and what about her was so rapid that people had to keep telling her "Whoa!" If I ever meet Nellie, I'm gonna hang on to her.
• Kill Devil Hills, N.C., sounds like a great place to host a religious revival.
• Does anyone think all the other kids picked on Jeremiah because he was a bullfrog?
• Rhode Island isn't even Rhode Isthmus
• Ernie Borgnine to be given SAG lifetime achievement award. The man's a classic. When he goes, we're going to need to find an Ernie Borgten
• I wish no harm to any of my fellow man but for the sake of comedic irony, it will be funny if Sarah Palin gets mauled by a mama grizzly
• Not sure, but CNN reporter said "a police horse will be telling us." May have been "police source," but I'm hanging in hoping it's a pony.
• Anytime you hear of someone dying suddenly it should reinforce the need to ensure you're always living suddenly.
Posted by Chris Rodell at 1:43 PM