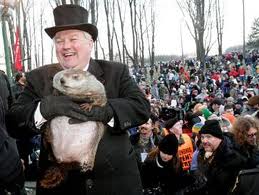 I took Mom to the doctor’s office to see if, as she suspects, she’s losing her mind.
My amateur diagnosis is no, she’s not crazy and that her forgetfulness has become her schtick. At 77, she’ll forget one of her 12 passwords to one of her 12 computer functions and she’ll insist she’s losing her mind.
No, she’s just lost amidst her clutter the slip of paper listing the 12 elusive passwords.
Like my dear widowed Mom, many seniors reflexively self-diagnose Alzheimers anytime they forget to include milk on the weekly shopping list. It’s a legitimate fear and she’s forgetful enough I thought a professional opinion would put her mind at ease or instigate any necessary treatment.
Really, it’s a miracle anyone’s sane these days. It’s like the old obesity standards. The Centers for Disease Control reports the average American weighs 25 pounds more than he or she did in 1960.
People who used to be considered ample are now average.
I believe we’ve gained an equivalent amount in crazy weight. We just have too much to remember. Author Larry McMurtry remembers growing up in a small Texas town where his first phone number was “9.”
Like him, Mom was raised in a small town -- Punxsutawney, Pa., home of Groundhog Phil! Now she has more Facebook friends than she knew in the first 20 years of her simple, happy life.
But in the rare role of good son, I agree to go to the doctor with her to help answer health history questions and provide anecdotal support.
First of all, the doctor wants to know why she’s here.
She has no idea. Neither do I.
His eyes light up like he thinks he can get away with charging us double.
A friend recommended him, we finally agree.
He says she’s duplicating what her regular doctor is already doing. Yet we decide to press on.
He asks all the usual questions about smoking (not for 30 years), surgical history (breast cancer survivor since 1983) and family health history (excellent).
He even asks unsettling questions about parts of my mother that haven’t concerned me since she gave birth to me 47 years ago in that very hospital.
He takes us down the hall to a room where a nurse will administer a memory test. The nurse asks if she’s had one before.
She says she can’t remember.
That’s Mom. This woman whose endearing sense of humor will always remind me of Carol Burnett is either making a deadpan joke or something’s wrong.
The test is really simple and, surprisingly, a sound indicator of advancing Alzheimer’s.
They ask about the date, the year, the season. They ask her to start at 100 and subtract a series of sevens.
“100, 93, 86, 79, 71, 64, 57 . . .”
Damn.
They ask her to repeat the following three words: apple, table, pencil.
“Apple, table, pencil.”
They ask her to write a simple sentence on a sheet of paper. She writes, “It’s a beautiful day outside!”
Again, that’s Mom. Take away all her concerns and she’s a lovely and sunny person. And, yes, it is a beautiful day outside, which makes her answer even more euphoric.
I make a mental note to remember if I’m ever given a memory test to write, “I enjoy screwing beautiful nurses!”
In my head, I’m thinking . . . apple, table, pencil, apple, table, pencil . . . and hoping I can psychically transmit
those three nouns four feet across the examination room from my brain to hers.
She asks Mom to fold the paper and set it on the floor. She does so. She asks her to pick it up. She does so.
She asks her to draw two odd geometric shapes on the page. She does so.
She asks her to repeat the three words she asked her to remember. I squeeze the muscles of my face together to kick my brain into a higher gear . . . Apple! . . . Table!  . . . Pencil!
Maybe she’s not my real mom because she cheerfully blurts out, “Apple, table, mirror!”
The nurse says, “Well, you do not have Alzheimers.”
She tells a heartbreaking story about how people with even the early stages of the dreaded disease are unable to understand a simple request like, “Fold this piece of paper, put it on the floor and pick it up.”
Mom scored 26 out of 30 on the memory test and those are numbers I’ll remember with loving relief for a very long time.
The nurse says she just finished a revealing book called “The Myth of Alzheimers: What You Are Not Being Told About Today’s Most Dreaded Diagnosis,” by Dr. Peter Whitehouse. She says the book tells us the aging brain is going to struggle to remember so much thrown at it these days and none of us should panic about forgetting all the unnecessary minutia inundating us.
Unlikely, I think. It’s been four hours and every ten minutes my mind is still chirping . . . apple, table, pencil.
She hints we’re raising a generation of addle-brained morons who will slide across the surface of their lives thinking multi-tasking isn’t harmful to learning.
She says the surefire ways to keep all our aging minds supple is to exercise our bodies with sunny strolls and exercise our minds with reading and puzzles. It makes a difference.
I hope this puts her mind at ease. I hope she remembers to not be so hard on herself if she carelessly calls my daughter by her sister’s name.
That’s not a symptom. It’s a slip of the tongue.
Thus ends my adventure with Mom at the doctor’s office.
And, yes, I’ll go again anytime she needs me. I want to support this still vivacious woman even in trying situations.
Make that, especially in trying situations.
I’m just not all that crazy about the whole idea.
Posted by Chris Rodell at 6:53 PM