The Rise of the Over-Educated Goody-Goodies 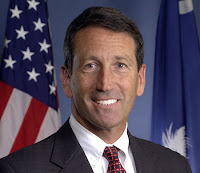 I was around a good campfire with some good friends recently listening to them talk about their good kids and all the good universities they were striving to attend.

It was a really good time.

Goodness, gracious, it’s going to be awfully difficult for future Nobel Prize committees to select from so many worthy candidates that are bound to emerge from today’s demanding universities.

And I’m not kidding. I was blown away to learn what today’s college applicants need to do to get into a public university.

I’ve been a titular adult, albeit one who still snickers when typing the word titular, for more than 25 years and I’m certain I’d be unable to muster the credentials to attend probably even a mid-level public university these days.

This is rich with irony because I, in fact, teach at a local university. It’s true. Every other year or so, the esteemed administrators at Point Park University deem me sufficiently experienced to teach their outstanding journalism students creative non-fiction.

So I’m paid to educate students at a fine school that wouldn’t admit me if I tried to enroll there as a paying student.

I was told students need at least a 3.0 to even get considered for places like Penn State University, and even at my alma mater, Ohio University (popular T-shirt: “OU, A Fountain of Knowledge Where I Go To Drink”). I’m still buddies with groups of three guys who couldn’t total 3.0 if you threw them all together in one big sack.

That’s not all. Admission offices are rigorous in checking if students have done a certain amount of altruistic community service.

I’ve known many people who’ve done hours and hours of community service, but it was always court-ordered and required to satisfy a basic element of parole.

All this puts what seems to me an unhealthy amount of pressure on today’s high school students. Parents need to relentlessly snipe at their teens to excel academically and be on-duty Eagle Scouts to boot. The margin for error is so microscopic that none of them had better not dare risk failing a drug test or waste an hour or two watching reruns of “The Simpsons.”

I don’t think it’s good for our youth to be that good.

I worry we’re raising a generation of that will devote more time to kindling unreachable ambitions than to the joyful activities that give life its zest.

And someday, inevitably, it’s going to blow up on them. We’ll wind up with a whole world of guys like this week’s exhibit A: South Carolina Gov. Mark Sanford.

Before he got caught with his own smarty pants down, he was a notorious Christian conservative scold on Bill Clinton’s follies. As a high school student, it’s a given he excelled academically, was active in his church and did the kind of exemplary volunteerism that had all the top schools competing for him to grace their august classrooms.

Live a life like his and you’re bound to run into episodes of hypocritical comeuppance that can only be described with a kharmic sort of oomph:

Good grief.
Posted by Chris Rodell at 7:52 AM

people who believe in good morals still fall and do stupid things at times. It seems unfair to hold them to higher standards than all the other politicians caught with their pants down. It has nothing to do with their education, but their humanity.

Thanks, Char and R.N.S. Glad to hear from you.

There's a great lead story on the home page of today's www.politico.com that details how the family values revolution of the Republican House class of '94 is awash in divorce.

I've never seen such a crowd of high-profile moralizers act so hypocritically.

I'm a humanist and I root for all my fellow men and women to overcome our earthly struggles. But I'm human enough that I can still indulge in wicked giggles when someone who tells the rest of us how to live winds up falling victim to all-to-human temptations.

I hope we can agree to disagree on this point, because I admire your views on the topic.