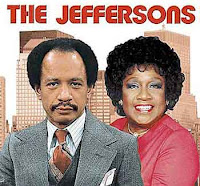 Of course, many of even my redneck friends like those guys, too, but only because they are Super Bowl champion heroes of the great Pittsburgh Steelers. Sure, they’re black, but, man, they’re also Black ‘n’ Gold!

It's just too bad not a single one of them has the slightest inkling of the fact.
Posted by Chris Rodell at 10:55 AM

I wish the world as a whole would stop looking at a persons outside, before their inner being - we all bleed red...

Glad I live in my big ol' melting pot of Baton Rouge. Your post makes me sad for you and the homogenous existence. I hope you get to visit one day. :)

I'm going to have to disagree with you on this one. Westmoreland County (where New Alexandria is... btw - and where I grew up) is not suffering from a poverty of racial diversity. There are exactly, um, well, my brother used to live in Latrobe.

Okay, yeah, you're right. You have to take that 50 miles to Pittsburgh to even see a few different faces. A shame, really.

Thanks Jinksy and Angie. Yes, our box of crayons, diversity wise, is very small here. I do think things overall are improving and hallelujah for that. Baton Rouge sounds like a perfect antidote.

And, thanks, Michelle for agreeing with the gist of the post. It is a shame. I feel so invigorated going around a big city with real diversity. It makes me hope that one day the world will look like that.

And I should amend the post to acknowledge that Barack Obama and the Pittsburgh Steelers aren't my only black friends. You are too!