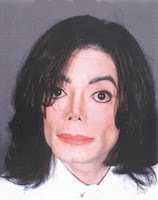 The passing of Farah Fawcett and Michael Jackson especially reminds me of my persistent grief deficiency. People, both unsung and great, die in droves every day and I for the most part just don’t give a crap.

Of course, like every boy at one time or another, I really and truly loved Farah, or at least her poster. My wife was commenting on how beautiful she was in a day when Hollywood beauty wasn’t so cheap. And it’s a good point.

She had a great smile. A lovely figure, those blue eyes and that fabulous hair. And it was all bestowed by a generous God at birth. The way it ought to be.

I felt bad that she died too young and her last years were a sad struggle, but who said life was fair?

The obits are packed with old grannies who’d probably would have traded their 93 years as homely spinsters with whisk brooms growing out of their facial moles for the one year that Farah had on “Charlie’s Angels.”

So she had her fun. I’m sorry she’s gone but, hey, we all gotta go someday.

But the soul-rending grief over the death of Michael Jackson, about whom nothing was natural, is surprising even the cynics.

Not me, a cynic’s cynic.

I’ve realized since the tragic passing of Princess Diana that many people have so little love in their lives they need to conscript dead celebrities for grief surrogates to allow them to feel those emotions.

Of course, maybe being a cynic gives me an emotional vacancy that I might enjoy if I only knew how to fill it up.

I thought of this after I read this dramatic statement released by Elizabeth Taylor. Check it out:

"My heart…my mind… are broken,” she said. “I loved Michael with all my soul and I can’t imagine life without him.
“We had so much in common and we had such loving fun together. I was packing up my clothes to go to London for his opening when I heard the news. I still can’t believe it. I don’t want to believe it. It can’t be so.

“He will live in my heart forever but it’s not enough. My life feels so empty. I don’t think anyone knew how much we loved each other. The purest most giving love I’ve ever known. Oh God! I’m going to miss him. I can’t yet imagine life with out him.

“But I guess with God’s help... I’ll learn. I keep looking at the photo he gave me of himself, which says, 'To my true love Elizabeth, I love you forever.' And, I will love HIM forever.”

I wonder if the apostles grieved Jesus with such emotional virtuosity.

Understand, Michael was not one of her eight husbands -- and I had to check Wikipedia to make sure.

Really, he was just an eccentric friend. I have scores of those. If, say, Frank, died tomorrow (and it wouldn’t be from overwork or stress), my eulogy wouldn’t come close to Taylor’s in its gripping tone.

I’d probably say: “Some people said Frank had a problem holding his liquor. Not true. Frank’s problem was that he could never set his liquor down. I’m going to miss Frank, but there’s a new guy two bar stools down who is auditioning for the role of Frank II so I think we’ll press on just fine.”

And I think we need a little perspective on Jackson’s place in musical history. The guy was a magical dancer. Many of his tunes were catchy. But it wasn’t like he was the King in heaven, and by “King” in heaven I’m of course talking about Elvis Presley.

Still, it’s impossible to deny the affect Jackson had. As CNN anchor Kyra Phillips observed on Friday, “Michael Jackson touched so many people.”

The problem was a lot of them were little boys.

I believe the King in heaven won’t be so willing to overlook such “eccentricities.”

And this time I’m not talking about Elvis.
Posted by Chris Rodell at 3:49 PM

OMGosh! You're so hilariously awful! LOL! I love it! Have you thought of writing a humor column? LOL! Can you imagine the amount of energy your posts would create? heheheh! Love it--and I'm sort of with you on the whole MJ thing. Jenni

Bravo. My toilet is overflowing with vomit as I unsuccesfully try to stomach the parade of stars, enablers, and "community Activist" that are again whoring themsekves for a moment of fame on Entertainment tonight, Larry King, or (anothe Man Boy) Keith Oberman.

Thanks Kyle and GMo6! Great to hear from both of you.

Yeah, the MJ stuff is keeping a lot of toilets busy.

And, Jenni, hey, this IS a humor column! Isn't it?

I appreciate what you're saying. If you have any suggestions on how I can grow an audience for this, I'm all ears. Right now, I'm just happy I've got folks like you reading and rooting for me.