Change your headshot every 5,000 miles 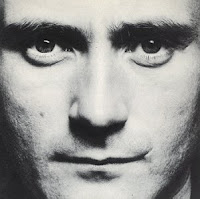 I changed without fanfare my headshot to this blog for the third time this year. I knew it was time to switch because I’ve decided to alter it every time I refresh the oil in my vehicle or about every 5,000 or so miles.

If I were an interstate truck driver, the procedure could become tedious. But these days I have little occasion to stray far from home. My commute to my office/bar where I work/guzzle is 3.2 miles. Once they fix the damn bridge that commute will be shortened to 2.1 miles and the periods between new photo sessions will be even fewer.

See, I went about eight years without ever once changing my mugshot. I used the same one whenever some magazine said they needed it for their contributor’s page. It was a picture of me with a smile I’d characterize as wry.

When they added the little editor’s note exaggerating my accomplishments, I’d always consider the pairing on the page ham on wry. Those things are always designed to trick readers into believing they were really, really lucky to read something by a guy like me.

But that only happened maybe a couple times a year, not enough to bore either me or any reader alert enough to know I’d roused myself from my usual professional stupor to create something print-worthy.

Then I began to blog.

I’d see that face, that same face with that same wry smile, three or four times a week. The guy started looking like a stranger to me. Plus, I began to resent him for all he was that I was not.

He was youthful with no gray hairs. He looked more carefree, like he didn’t have two kids. Plus, and this drove me nuts, I could tell by looking that the 2001 me had at least twice as much in his 401-K plan as the 2009 me does.

I decided to kill him off.

For my most recent picture, I’d had a beard, scraggly hair and wore a thick gray pullover hoodie. This was okay for winter, but it started looking increasingly silly as spring warmed to summer.

One day I got so sick of it I got in the car and drove 328 miles just so I’d need to get the oil changed.

For now, I’m liking this one, especially the shirt. The smile’s nice, too. The dimples shadow nicely and the closed lip grin conceals the ragged skyline of chipped ivories.

One thing I’ve noticed is that as time continues to rake my face with its cruel claws, I keep backing further and further from the camera. A really honest warts ‘n’ all mugshot should be taken about two feet from the subject in a well-lit place.

But that might lead people comparing me to troll-like singer Phil Collins. He released about four collections in the 1980s with album covers showing pictures of his pumpkin-like noggin inches from the camera.

You’d see gaping pores, stray nose hairs, age spots. It was one of the most repulsive events in music -- and that was before you’d drop the needle on songs like “Su-Su-Sudio.”

There are lots of great headshots of lovely bloggers at places like www.RedRoom.com. One of my favorites shows author Matt Benyon Rees wearing a spy overcoat, a grim expression and brandishing a gun. Very cool.

He writes crime stories so the prop is appropriate.

What’s a guy like me, a self-professed humorist, supposed to do? Wear a fright wig and a big red clown’s nose?

Some people have such lovely headshots I can understand their reluctance to tinker.

Still, I believe it’s important to keep our pictures current to avoid any Dorian Gray revelations. I know it wouldn’t do for someone like me to show up -- cross your fingers -- on Oprah looking vastly different from how I look on blog pages and book jackets.

I want people to be happy for me and eager to hear what I have to say.

I don’t want them confused by my appearance and asking questions like: “Say, when did Phil Collins start writing books?”
Posted by Chris Rodell at 9:40 AM

LOL. I probably need to update mine too.

Got a good interview posted today if you get a chance to swing by. :)

Dramatic B&W - nice one. As I don't drive, therefore never need an oil change, I shall remain an aged Peter Pan ad infinitum. :)

lawd - I have my half hidden face on my blog pic, but when I tried to use that for the novel, they publishers shook their head no no no and instead I had to give them a "normal" photo-of which they "purtied up" -even smoothing out my unruly hair *laughing*

I wouldn't tamper with any of your headshots! All smiles and playful giggles.

Thanks for reading and have universally splendid weekends.

Your compliment, Kimmi, has me feeling like I ought to photoshop in some blush on my cheeks. Thanks!

If my headshot was as lovely as yours, I'd never change it.