My doctor wants to be my friend 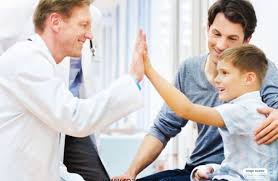 I was a bit startled when during a routine exam the doctor said he considers me a friend and began confiding details of a failed marriage.

I confess I was relieved he at the time didn’t have anything jammed up my ass.

And I didn’t have anything jammed up his!

I like it when anyone says they consider me a friend. I always make a mental note to keep my new friend in mind next time I need to bum some dough.

But in this intimate professional setting, it was a bit disconcerting.

Understand, he’s a great guy. I chose him to be my doctor after observing his gentle manner and ready laugh when he cared for my late mother. And, believe me, anyone who didn’t laugh when he or she was in the examining room with my mother and her dementia is someone I wouldn’t want for my doctor.

He’s a true country doctor. So country I’m convinced I could pay him in chickens and he’d give me eggs for change.

He’s caring, funny, intelligent, generous, a good listener — all the things you want in a good friend.

And, man, the guy can get me the drugs.

But do I want to hear, “How ‘bout them Steelers!” from the same guy who moments later will be saying, “Turn your head and cough.”

The majority of the scolds in the prissy medical community say he’s making an ethical boo boo.

This is from an health.net essay: “The short answer is that friendships and any type of relationship beyond strictly professional boundaries are not condoned. It can cloud the judgment of the treating physician and is generally frowned upon for a variety of reasons.”

It goes on to say friendship may cloud the doctor’s professional judgement. They say this like it’s a bad thing.

Having the doctor for a friend could save me money, maybe even save my life.

Let’s say I’m Patient A, a locally renown author whose books the country doctor buys and enjoys. I don’t complain or moan when the the blood tests say my Bun/Creatinine Ratio is out of whack. Hell, I don’t even ask him to explain what a Bun/Creatinine Ratio even means as long as it doesn’t have anything to do with the liveliness of my erections, still the whole reason me and all his other male patients come to see him in the first place.

Now, let’s consider hypothetical Patient B. She’s an overweight, chain-smoking hypochondriac who thinks if she doesn’t live forever it’ll be all his fault. She talks her obnoxious politics during the exam (Patient A would never dream of doing so) and to top it all off, she’s a medical malpractice attorney.

So, of course, he’d be acquitted if, given those facts, he admitted to concluding the exam by smothering Patient B with a antiseptic pillow.

It’s a broken analogy, but I welcome the friendship of my doctor with the same exuberance I would if he were one of my crack team of bartenders.

If they like me — and why the hell wouldn’t they? — they may serve me sooner than other thirsty customers, give me stronger pours and inebriate other unsuspecting patrons to the point they’ll purchase my books — just $15 at Tin Lizzy! — while they’re too gooned up to know any better.

I want my bartender to be my friend. Same goes for my mechanic, my barber, my tailor, my butcher and the usher who shows me to my seat when I go to the ball games.

A little smile, some cheerful conversation, a little human recognition that the world isn’t as mean or as indifferent as it seems.

Why wouldn’t I welcome the same from my doctor?

One aims to save my life. The others make it worth living.

That’s what friends are for.