Leading leaders in search of food, my swagger 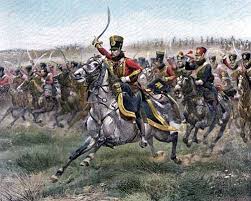 It was the most poorly planned quasi-military exercise since Bay of Pigs. We were on a mission to find the food at the Greensburg-area banquet hall destined to be forever known as The Place that Used to be Known as the Bishop Connare Center.

To give you some idea how preposterous it was, I was the leader.

Some context: I was brought in to speak to about 50 esteemed members and spouses of the Military Officers Association of America.

So the room was full of nothing but decorated combat veterans. Bona fide leaders.

And through some abeyance to absurd protocol, the retired Lt. Colonel said, “It’s time to eat. Chris, as our guest speaker, will you lead us?”

I had the good sense not to make a lame joke — that’s what this blog is for! — and marched from the main table to the buffet line where five steam tray pans hinted at the feast to come. I grabbed a plate and — voila! — removed the lid off the first steam tray pan.

Same with the second, and the third.

The hostess explained we’d be eating the salad course before the hot food. I signaled retreat. My first attempt at leading real men ended in lettuce and ranch dressing. That I’d been asked to find food and produced only hot air did not bode well for my talk.

Plus, I was nervous my swagger might be AWOL. A certain swagger is essential when you’re an unheralded nobody asking strangers to sit and listen to you talk about something they may or may not need to hear.

What if my swagger was gone for good?

You may recall, my epic September 25 failure — I completely froze — was still fresh in my mind, but not as much as you might think.

I’d chosen to view the whole episode as pure aberration. See, I’m a believer in the necessity of failure in growth. I realize my perceived mistakes, catalogued them and then wholly forgave myself.

Would I have rather it’d never happened, especially then?

Certainly, but I believe I’ve grown from it. In the aftermath, I had talks in the Greensburg and Jeannette libraries, albeit before smaller audiences, and they both went great. In fact, my friends in Jeannette are planning on bringing a van load of patrons to the Tin Lizzy to hear my stories from my years of swashbuckling reporting.

I’m beginning to realize what gold I have in them.

It was apparent last night. These proud officers and their spouses all reacted the way I dream everyone in every audience always will. They roared with laughter at the jokes and teared up when I talked about the hard times in every life (they’d requested I focus my talk on my “Crayons!” book). And when it was over they lined up to buy books and shower me with praise.

It was very heady. It always is.

The embarrassing failure from last month is buried.

The lieutenant colonel, the leader of these fine leaders, came up afterwards and put his arm around me. “You were great,” he said. “I’ve already had about five men come up and say we need to find more guys like you.”

I smiled, looked him straight in the eye and said, “Sir, there is no one else like me.”

I couldn’t find the food, but I'd found something more nourishing.

I'd found my swagger.

• Note: I’ll be at Second Chapter Books for Fort Ligonier Days for all three days. Stop by!

Aw, this was a very nice post. In concept I would like to put in writing like this moreover – taking time and precise effort to make an excellent article… but what can I say… I procrastinate alot and by no means appear to get something done. online casino games