I'm drinking too much & it's all your fault! 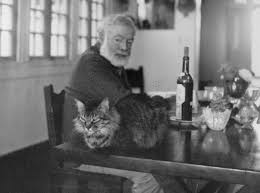 First of all, this is NOT about Judge Kavanaugh or his drinking. The only experiences we share are that he admits he got drunk on beer and blacked out and so did I.

The difference is he meant in high school.

I mean most every Wednesday through Friday since high school.

Many prudent drinkers downplay how much alcohol they’ve consumed.

Me, I tend to romanticize it. A friendly saloon has been my native habitat since my old man took me into Frankie Gustine’s Bar in Oakland back in the ‘70s. Dad moonlighted there as a bartender. I remember walking through those swinging doors and falling in love with the atmosphere, the boisterous characters and the promise I was in a place alive with randy opportunity.

“Dad,” I said, “I’d like change for the jukebox, an ashtray for my smokes and a double Jack Daniels on the rocks — no straw. Buy that pretty little redhead by the window a Sloe Gin Fizz and tell her it’s on me. And don’t wait up for me, old man. I plan on going home with her.”

I think that kind of behavior is what people expect out of writers, especially writers whose offices just happen to be located in historic buildings with three distinct and winning bars on three different floors.

People seem to be disappointed if writers don’t tipple — and I wouldn’t want to disappoint them.

Ernest Hemingway was a larger-than-life and now stereotypical writer/drunk. When people learn my office is above the Tin Lizzy, they often say, “Oh, so, you’re just like Hemingway!”

“That’s right,” I say, “we’re practically indistinguishable. The main difference is he’s the one with all the money, all the prestige, all the success, all the acclaim and all the six-toed cats.”

The 40- to 50-so-called polydactyl cats are the in-bred descendants of white cat named Snow White who was a gift from a wandering sea captain. They’re a highlight of any visit to the Hemingway House in Key West.

Given all those signs of tangible success, I wonder if Hemingway ever wondered if he drank too much.

Lately, I do. I sometimes ask myself if I drink too much. I usually say no. I do this out loud and using two different voices like I'm on stage.

Is such playacting a sign I drink too much?

Either way, I think lately the answer is yes. I am drinking too much.

And you’re to blame.

It’s true. For the first time ever, friendly strangers are eager to come to meet me and hear my stories. And none of them ever say, hey, let’s meet at the barber shop.

No, they say let’s meet at the Tin Lizzy!

And they’re convivial folk. They want to have a drink and — God bless ‘em — they want to buy me one, too.

On top of all that there’s been an influx of well-wishers who are concerned about my health. Their altruistic intentions don’t make them any less thirsty.

I tell them I feel uncommonly melancholy from a dawning awareness that the number of quality days I have may be fewer than I once anticipated (I hate to break it to you, but the same may be true for you. You just never know).

And today, I’m loathe to walk away from any room where people are either laughing or saying nice things about me.

So, yes, I’m drinking more than I should for reasons I believe most people will appreciate.

In fact, despite my diagnosis, it’s a happy time, one of the best in my what I for a lack of a better word will call my “career.”

I have a little money, a little acclaim, a little prestige and — best of all — a whole lot of friends.

Now if I can only get my hands on a herd of six-toed cats I’ll be all set.