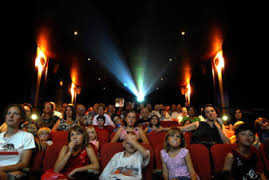 I exposed her to the joys of movie hopping, paying to see one film and staying for free for another.

She and I saw “The Zookeeper’s Wife” at 1 p.m. and then snuck down the hall just in time to catch the 3:10 showing of “Beauty and the Beast.” Our crime was undetected so I guess it was sort of crafty in nature.

I believe I can justify the lawlessness.

We’re getting new floors. Val has long contended the carpet is an eyesore. Me, I’m old school. I don’t think anyone needs new floors until furniture starts tumbling through holes in the old floors. So on Saturday our house was a mess as our buddy Mark Slagle, Baggaley’s resident philosopher/handyman is tearing the place apart. Best to be out of Mark’s way.

And Saturday was repressively dreary, cold and rainy. A perfect day for a flick. We took two cars because Lucy and Val had opted for the Earth Day Disneynature “Born in China” movie (two thumb’s up).

Josie and I were in a bit of a quandary. We’d already seen “Beauty” and loved it, but paying to see it again so soon seemed frivolous. Despite lukewarm reviews (58 percent), we wound up deciding to try “The Zookeeper’s Wife.” We both love history and this true WWII story about Warsaw zookeepers saving Jews during the German occupation seemed like a good way to spend an afternoon.

It was. We both enjoyed it, although I thought the main Nazi was too gentlemanly, which may have been director’s discretion. You wouldn’t want a human animal upstaging the caged creatures in a movie about a zoo.

So we’re walking out past the other theaters and I see “Beauty and the Beast” in number 5.

She was thrilled with the idea. She’s enamored with the song “Evermore,” and was hoping maybe if we’re lucky our pop in would coincide with its appearance. I told her the rules: Be very inconspicuous. Don’t do anything to distract any of the paying customers. Just find a seat and we’ll stay for 10 minutes then boogie.

Well, we were both delighted to walk in and realize the movie hadn’t even begun. It was the last preview. Perfect! The first three floor rows were empty so we snagged two seats right up front. There was even time for her to dash out to the lobby and grab two more free soda refills.

Of course, we wound up staying for the whole thing. Leaving in the middle would have felt rude.

We enjoyed it very much. As we walked out, I turned to Josie and asked, “What’s next? How about ‘Fate of the Furious.’”

I was kidding. Sort of. We’d enjoyed a wonderful day, nearly five hours in the theater, er, theaters.

It also gave me the idea of how much fun it would be to be homeless in a multiplex if Val ever boots me for being, say, a lousy role model. I wonder how many months I could live undetected.

That would be a sensational crime, for sure. But is what we did criminal? Is a one-movie freebie a crime?

I’ve read it can be considered trespass and has in some cases led to jail time. Big whoop. Jail with Josie would be bound to be another great bonding experience.
Sure, there’s something to be said for raising perfect children, but I’ll take a really good cellmate any old day.

Singin’ a song of praise for Mark Slagle Construction

Um, yeah, that's theft. You entered into a contract to see one movie. You took something you didn't pay for. And taught your daughter how to do it.

Uh, oh. Now I'm in trouble. I guess I should have posted this anonymously, but I didn't want to appear cowardly.