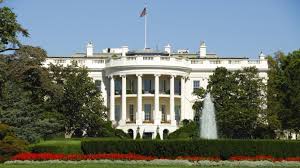 The Washington Post is today reporting President Trump has spent one out of every five minutes of his young presidency at Mar-a-Lago in Palm Beach, Florida.

And, oh, what a gleeful moment it must have been for Post reporter Philip Bump when the math worked out so precisely.

He’d uncovered what I call a “brain barnacle,” a fact so nifty and easy to understand a nautical power sprayer would be unable to disconnect it from the brain.

That’s “424.5 hours there and 1,663.5 hours everywhere else, including on Air Force One headed to Mar-a-Lago. (That trip takes about an hour-and-a-half, so that’s an additional 21 hours spent flying there and back,)” Bump writes.

Critics will pounce. This man of the people’s spent an estimated $20 million on travel during his first 80 days and is on pace to spend more on travel in one year than Obama did in eight.

All these news reports will mistakenly focus on Trump’s desire to lavish time on Mar-a-Lago.

Trump spending time at Mar-a-Lago boosts the economy. Trump’s economy, sure, but let’s not quibble.

My concern is on the missed revenue opportunities and I have a solution so wise I’m surprised our real estate developer-in-chief didn’t think of it himself.

On weekends when he’s away, let’s put the White House up for bid on AirBnB!

AirBnB is the popular online marketplace that enables people to bid on vacation or short-term rental property without all the red tape.

The White House being in essence vacant one of every five minutes is a tremendous waste of a tremendous asset. It’s the most historic piece of real estate in America. As many as 6,000 tourists a day line up to visit the place.

Everyone knows Melania Trump is in the White House even less than her husband.

The most expensive AirBnB property I’ve found is a New Orleans mansion that goes for $10,000 a night. The blurb says numerous Hollywood A-listers have signed the guest book.

It’s very nice, I’m sure, but I’ll bet it doesn’t have a bowling alley or Situation Room capable of either monitoring or obliterating hot spots around the world.

Take any of those base-line figures and multiply it by the 20 days Trump’s been just at Mar-a-Lago and you’ve got some serious scratch.

And that’s just the start.

How about entertainment options? Imagine how much, say, CBS would pay to film a “Big Brother” season in the building where THE Big Brother resides four out of every five minutes.

The White House has 132 rooms and 35 bathrooms. Are you thinking what I’m thinking?

Koch Industries earns about $115 billion a year. I’m sure their meeting planners would be salivating over the opportunity to plan a leadership event in the seat of power.

And that’s peanuts compared to the really big money.

I’m talking foreign governments. They’d pay fortunes to have free reign in the White House. The selfies alone would give them tremendous prestige advantages over global adversaries.

I’m sure the Russians would pay tens of millions to spend even one weekend in the White House, more than enough to offset Trump’s trips to Palm Beach.

Of course, Russia’s a bad example.

Why would anyone pay twice for something they’ve already bought once?

Someone needs to yank off Trump’s rug (& Trump tweets)