Forever trying to prove my cool through my music 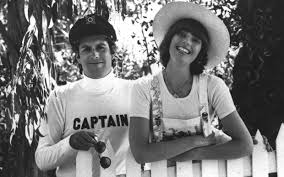 I had to correct a friend who was introducing me to his buddies last week when we were having drinks in Flappers, the beguiling second floor bar here in the Tin Lizzy.

“Chris works here up on the third floor,” he said.

Not true. I don’t work on the third floor.

I sometimes type, which no one who really works would consider real work. And I often play cornhole by myself in the cornhole room on the other side of the building from where I sit and sometimes type.

And if you wonder how a man possessing the normal joint configuration can cornhole all by himself you’re still laboring under an 8th grade definition of cornholing.

Want to know what I spend a lot of time doing?

See, unlike at my past office, there’s a steady stream of visitors up here on the third floor and I’ve opted for an open-door policy. So anyone who hikes three flights of stairs for whatever reason is bound to get a howdy and a smile.

Appearance-wise, this involves mostly always wearing pants. It wouldn’t be cool for anyone to walk in here and see me typing in my underwear. In fact, anything I’d do to “appear” cool — style my hair, fashionable shirt — would diminish my working class cool.

So it’s all about the music.

I think one of the reasons the 10 concert challenge is such a micro-sensation is we’re all eager to prove to ourselves and one another we have good taste in music. It is essential to our self-image.

I’m right there. Really, for going on nearly two decades now my sole claim to cool has been the music blasting out of my speakers.

This surprised a visitor yesterday. Besides my office, storage and the cornhole rec room, there’s also a work shop. He was tinkering around in there for about an hour.

He’s one of my political antagonists. We had bitter shouting matches over the election. So he for months looked at me and thought Hillary-lovin’, tree-huggin’, gay-marriage approvin’, Prius-drivin’, sanctuary city-supportin’, PBS-watchin’ … jackass.

It was as offensive as it was inaccurate.

I can’t afford a Prius.

“Who knew a guy like you listened to cool music?”

I told him I loved both my country and my nation. I asked him what kind of music he thought a guy like me listened to.

I was blessed to live among and with great Nashville songwriters when I lived in Music City from ’85-’88. Their ear for great turns of phrase and compelling storytelling left an indelible impact on me, my writing and, of course, on my musical tastes.

It’s been since then I’ve maintained that listening to vintage country music is like sitting in a rocking chair and reading the Bible while someone stands behind you and plays the fiddle.

I was very pleased about a month ago when that old Nashville roommate, Lance Cowan, said unsolicited some very kind things about my blog, and posted it for all his 4,817 friends to read. Lance is a very friendly guy.

It was a blast of encouraging cheer straight out of the blue. I guess he forgot about all those towels I stole from him when I moved out.

That would be real cool.

Instead I remain here mostly sitting and sometimes typing and forever trying to project cool.

You just never know when someone might come dashing up the steps at the precise moment “Muskrat Love” cycles up on the playlist.

Life-altering music for the needy and the stupid

Grammy thoughts: Recall all music since ’86