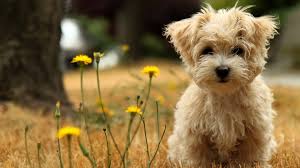 I have a tasteless question I like to ask dog owners whenever they start gushing about the unbreakable bond between humans and their four-legged heartbeats:

“If you die undetected in your home, how many days will pass before your hungry dog begins to eat you?”

With Snickers and me, I figure it’d be about two days.

I think about it a lot because I worry the little yip dog’s frantic nervousness is going to one day cause in me a fatal heart attack. Sharing the home with Snickers is like sharing the home with a squirrel that barks and will every once in a while soak your sock with fresh pee.

I’m uncomfortable sharing a home with any animal that might kill me.

There are exceptions — and let’s confine this to pets, not people. Believe me, I sleep lightly in a house with three human females, too.

Casey was a good, sweet dog. He was our golden retriever. He was incredibly and endearingly stupid, a trait I treasure in pets. Drinking buddies, too.

The only way he was going to kill anything was nasally. I’ve never known any creature that could produce more frequent and more noxious farts than Casey — and I survived four years in an Athens, Ohio, fraternity house, a place my late grandfather described as the only building he’d ever entered where he had to wipe his feet on the way OUT.

I’m lately feeling belated affections for Buster, the cat who died about 12 times.

He’s the reason I believe the old “cats-have-nine-lives” fable predates the rise of skilled veterinarians who financially gain from exorbitant procedures that add unnecessary lives to dying cats at about $1,200 a pop.

That cat lived an incredible 19 years. Of all that time, he and I were chummy for a total of maybe four days.

I say stepcat because that’s the proper familial designation and because I spent almost 19 years stepping over him.

The one time I nearly became emotional over him was when Val told me she was taking him to the vet to be put down. He was 13. He was sick. His kidneys were failing. This was goodbye.

I pushed pause on the baseball game and said, “Farewell, my furry friend! May we meet again someplace where the responsibility of changing your stinking litter box falls to one other than I.”

He was back before the final out.

It was a miracle!

Buster’s progression made me surprised the Catholic Church has never elevated a single veterinarian to sainthood. Buster’s old vet performed something miraculous on the dying cat at least once a year from 2002-2008.

Buster’s ashes are now buried deep in our backyard, but it wouldn’t surprise me if he one day — Happy Easter! — showed back up on our doorstep along with another vet bill for $1,200.

The closest I ever came to being mauled by an animal was in, I think, 4th grade. My childhood chum — I’d heard he reads the blog so, hello Chris Cumo! — invited me over to his house to, I don’t know, shove crayons up each others’ noses or whatever the hell 4th graders did back then.

Anyway, he opens the door and out roars Clancy.

Clancy was a poodle!

I swear to God. I thought Clancy was going to kill me. He was like some vicious cougar-poodle hybrid refugee from the island of Dr. Moreau.

I ran for my life and vaulted over the hedges. I don’t remember balling, but I probably balled.

What ever happened to my friend?

It would prove my point if I said he was eaten by Clancy, but that wouldn’t be true. I think he’s in Philly and I hope he’s doing well. He was a good kid in spite of his evil poodle.

I mention all this because a buddy of ours just adopted a breed many revile for its notorious reputation.

The thing has a head as big and dense as a cement toaster. His chiseled body looks like what you’d have if you put 240-pound Steeler linebacker James Harrison and pressure condensed it into 125 pounds.

He’s the kind of dog that looks like he craps Volkswagens.

And he’s as sweet as peach pie.

At least that’s what I kept telling myself as I petted him, silently praying he wouldn’t with one bite snap off my arm at the shoulder.

But that’s just the way I am. I don’t judge. I know many pit bulls are good and some poodles are demonic.

My friend Buck doesn’t see it that way. He despises pit bulls.

He told me he’d had a bad experience. He was once chased by an angry pit bull.

“The thing snarled and then came running like it was going to kill me. I ran for my life. I was so scared I jumped into an open dumpster thinking I’d be safe.

“Then the pit bull jumped in after me.”

Oh, what I wouldn’t give for a picture of the look on Buck’s face the exact moment that enraged pit bull crested the dumpster lid.

What a tale it was. At the moment of Buck’s near annihilation, the owner belatedly appeared and — “Bad dog!” — scolded the berserk animal out of the dumpster to a good scrubbing and, I guess, a Buck-sized side of beef.

It’s one of those stories so rich in human/animal drama I’m sure I’ll one day take it and tell it as my own, only with me, not Buck, as the heroic victim.

And just for fun, I’ll make the villain a poodle instead of a pit bull.

I swear to God.