PBS & the missile that missed 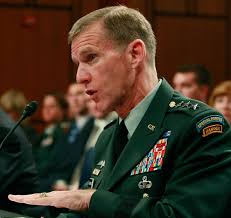 The op-ed, published in the NY Times two days before President Trump ordered the missile attack on Syria, made me want to locate the author and bestow a big, wet sloppy kiss. The headline: “Save PBS. It makes us safer.”

The essay reads: “As our leaders in Washington confront tough decisions about our budget priorities, I urge them to continue federal funding for public broadcasting. Public broadcasting makes our nation smarter, stronger and, yes, safer. It’s a small public investment that pays huge dividends for Americans. And it shouldn’t be pitted against spending more on improving our military. That’s a false choice.”

Like most of you who saw video of the writhing and dead victims of Assad’s gas attack, I felt a visceral reaction. I wanted immediate vengeance, a reciprocal body count. An eye-for-an-eye.

I was all for it.

Then something peculiar happened that caused my thinking to abruptly shift. I thought about it like a bottom-line conservative.

And now I question the whole response.

See, it wasn’t the 59 Tomahawks that hit the target caused me to react.

It was the one that missed. One of the missiles failed and fell into the sea, putting the “miss” in missile.

So who pays for it?

Raytheon charges $1.87 million for a single Tomahawk cruise missile. That’s a lot of dough to pay for a crummy malfunction.

Did someone save the receipt? You’d think there’d be some kind of warranty. Is there a lemon law when it comes to lethal weapons?

But the very next day, it was reported Syrian warplanes were conducting missions from the damaged air field, a taunt Sen. Lindsey Graham said was a deliberate “F You” to Trump.

That’s an awful lot of bucks for comparatively few bangs — especially when the bangs are things that go bang. Three days later and it feels like if anything’s changed at all it’s changed only for the worse.

This isn’t so much criticism as it is lament.

Fifteen years into our endless war and I’m feeling fatigued by futility.

Maybe that’s why I was so struck by the unrelated Times essay. It was composed by retired 4-star Gen. Stanley A. McCrystal (above) , the man former Defense Secretary Robert Gates said is “perhaps the finest warrior and leader of men in combat I’ve ever known.”

McCrystal writes: “We need public media that acts as our largest classroom. We need broadcasting that treats us as citizens, not simply as consumers. We need a strong civil society where the connection between different people and groups is firm and vibrant, not brittle and divided. We need to defend against weaknesses within and enemies without, using the tools of civil society and hard power. We don’t have to pick one over the other.”

It’s refreshing to see someone — anyone — experienced emphasizing that building things is in the long run cheaper than knocking them down.