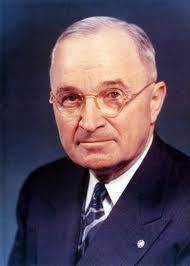 My grandfather hadn't a middle name at all. Take that, Harry ass! ;)

I wonder if your grandpa felt deprived . . . like me.

The cool thing is whenever the Colorado Rockies play well I can wear a CR hat that matches the extent of my initials.

I'm trying to find a good post for you to consider as a guest blogger. I saw your open invite and could be flattered to be included. Thanks!

I take it you're not Catholic. If you were, you could have chosen your own middle name when you went through the sacrament of Confirmation. As a matter of fact, you still could, if you don't mind joining the church.

Or you could just pretend that you have a middle name, and save all that hassle. Might be easier.

I like the idea of faking it, but which initial should I hijack? Maybe another R so it would be a growling CRR.

I cry during Sense and Sensibility, every time. But hearing Alan Rickman reading poetry at the end is worth all the tears.

This may be pig-headed of me, but I think I'd cry if someone made me watch Sense and Sensibility. Maybe, based on your recommendation, I'll have to check it one of these days.