"Man up!" Never a good idea 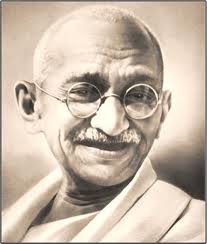 Can we all agree from now on the only people allowed to say, “Man up!” are those directing pornographic films?
We live in a world historically awash in testosterone and it’s led to a world of trouble. Manned up men are already starting and fighting wars galore around the globe, running roughshod on Wall Street and the manly men who run the NFL are bent on boosting the regular season schedule from 16 to 18 games.
That’s so much testosterone coursing through our culture it’s surprising we don’t need hip waders to keep from staining our (speaking of guys who really ought to man down), Bret Favre-promoted Wrangler jeans!
We need men to man down because men are good at causing problems, but not fixing them.
This is a tricky topic for me because I’m staunchly pro-man. All my best friends are men -- and I mean that in the manly sense and not in the gooey, “I married my best friend” sense you read about in things like RedBook, which I browse whenever I’m feeling my manliness is about to bust loose from the sanity corral.
I’m one of those men who’s spent most of his life way, way up, and I don’t mean that strictly in the four-hour Cialis side effect sense of “up.”
I mean boisterous fun.
My whole life I’ve been accepting crazy dares, raising hell and being goaded into so many bone-headed misadventures it’s amazing I’m still upright approaching 50.
I’ve wrestled alligators, jumped out of perfectly sky-worthy airplanes at 3,500 feet and had 50-pounds of concrete smashed on my chest with a sledgehammer as I lay on a bed of nails. I’ve eaten bugs for bucks, guzzled moonshine ‘til midnight and been the last man standing at raucous parties around the planet.
And some people think all writers are sissies.
To be fair, only half of those feats were “man-up” inspired challenges; the rest resulted from some National Enquirer editor asking, “Which of our brain-dead freelance writers is in most desperate need of $1,000?”
“Man up” to me implies reacting without thinking. It means to stomp on the accelerator and blow through the red light, collateral damage be damned.
Manning up inevitably leads to dumbing down. It leaves no room for tact or subtlety.
Three of the most consequential men to ever roam the earth -- Jesus Christ, Mahatma Gandi and Martin Luther King Jr. -- resisted repeated calls to man up.
They loved their fellow man. They turned the other cheek.
I don’t think someone like Gandhi ever felt the need to defend his masculinity when his drunken buddies said, “Mahatma, man, don’t be a sissy. Man up and have another shot of Wild Turkey!”
Oh, would if I had Gandhi-like restraint at that challenge every time it’s been issued since I was in the fifth grade!
That all three died horrific and brutal deaths at the bloody hands of really manned up men only exalts the examples.
Contrast their accomplishments of these three historic giants to say, well, me.
I have a happy little family, in a happy little house, a bank account near zero and professional accomplishments that won’t earn any historic comparisons to the mentioned immortals.
Yet, in many traditionally manly endeavors, I could kick all three of their non-violent asses. I could out drink ‘em, out race ‘em and in a barroom rasslin’ match I could have the Son of God yelling “Uncle!”
Would that make me the better man?
No, in fact, it would probably earn me global condemnation, not to mention an express elevator straight to hell.
That and a few shots of Wild Turkey from all the manned up men who’d be impressed by my wrestling prowess over the Prince of Peace.
And I guess that would be fine with me because, alas, I’m da man.
Posted by Chris Rodell at 11:28 PM

Yeah, I'll bet we could have fun comparing scars over beers some day.

The manliest men I know feel no need to man up.

So is manning down the manly way to man up?

I resisted political commentary on the post, but two obvious examples are the Bush boys. George H.W. Bush, a decorated combat veteran, always seemed more manly to me than his war-happy son.

And, yes, Keith! I guess manning down is the new manning up! I love it!

Yes! Thank you! For the love of god, boys, show some discipline and restraint. Chicks dig it – and then you'll get to man up in the best possible way.

I give your comment a most manly salute, Averil, and congratulate you again on your publishing success. Way to go!