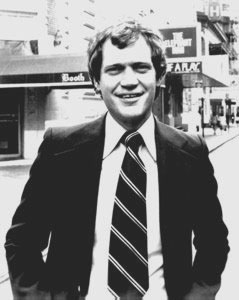 The girls roared with laughter as their devilish pranks confused the sweet old woman on the receiving end of the call.
They were reveling in their first prank phone calls, a malicious pastime that delights one party while it mostly infuriates the other.
Me, I stood back overcome by a misty wave of nostalgia for the distant glory days of the prank phone call.
I’m not a ashamed to admit it, I was a master.
I used to entertain for hours my friends with the wit, daring and redundant drive of my drunken midnight phone calls to sleepy friends, impatient businesses and anyone foolish enough to have listed telephone numbers.
Alas, it’s a day that’ll never return.
This was clear because the only person our daughters could get away with pranking was my white-haired mother and the only pranks they could conceive were ones involving current pop stars or famous men and women who sound nothing like girls ages 9 and 4.
And they kept using terms of familiarity the alleged callers never would.
“Hello, Nana! This is President Obama!”
That was the 4 year old, who sounds nothing remotely like President Obama.
Of course, my mother reacted with delight to the names she recognized -- Elvis, Oprah and Jesus Christ (and what an auspicious trinity of callers!) -- but was mostly confused when my 9 year old called back four or five times within four or five minutes purporting to be Kevin Jonas, Zac Efron, Hannah Montana, Ryan Seacrest and Selena Gomez.
I didn’t want to ruin their fun by telling them about the good old days. That was before caller ID.
If it sounds like I’m disparaging that technological advance I don’t mean to.
I think caller ID, or as I call it “the in-law detector,” is one of man’s greatest inventions.
Thanks to caller ID, I can avoid awkward conversations with fathers-in-law, sisters-in-law and any friends-in-law who I’m sure likewise loath making microscopic small talk with me, too.
But with every advance, there is a retreat. Caller ID has made it impossible to go anonymously crashing into the lives of distant strangers for mischievous fun.
Used to do it all the time.
“Hello! This is David Letterman Where have I reached?”
The real David Letterman used to start hundreds of random phone conversations with those very words. And people were delighted to talk to the famous late night talk host.
They were equally delighted to talk to someone merely pretending to be David Letterman, as I did on numerous occasions.
Some would hang up after a few minutes. Some would talk so long that me and my audience would get bored. We’d expose the prank and begin insulting the intelligence of the target.
Then one of two things would happen. One, the person would get quiet and sad sounding. Then I’d turn into Dr. Phil before anyone knew Dr. Phil. I’d dig to the root of what was really bothering them.
It was amazing how many people would open up to a total stranger about their inner most problems, even when the stranger had already been exposed as a giddy fraud.
It was fascinating. As these were uniformly Ohio University college students we were calling, the problem usually involved the opposite sex. I would tell them, “Hey, cheer up. This is Athens, Ohio. You’re bound to get laid in a week or two!”
Even better was when, and this happened frequently, we’d land someone with anger management issues.
I remember explosions of fury at our daring interruptions. It’s when I first began to learn just how stupid some people are. Typical was this shouted response:
“Come over here! Come to my house! I’ll kill you! I’ll rip your @%&$-ing head off!”
Any person with a self-preservational bent like myself would never respond to such a hostile invitation. It would be suicide.
So instead, cocooned in our anonymity, I’d say, “I’ll be there in 20 minutes. I’ll be wearing a Domino’s pizza uniform and I’m going to kick  . . . your  . . . ass!”
I'd hang up and my friends and I would wrestle with the morality of dialing Domino’s and having a pizza delivered to that address, but none of us could live with the result of sending a hapless delivery man to face certain annihilation.
So we just put a big star by the guy’s number so we’d remember to call back, much later, much drunker.
Had that happened today, thanks to caller ID,  that same man would track me down and I’d be just another sad statistic in this age of rage.
The girls’ calls had me thinking a lot about those nights. I remember the glee animating my one friend when he talked about a then-distant day when the camera phone would revolutionize prank phone calls.
“Imagine in the future when people with camera phones will be able to call other people with camera phones. They’ll answer and all they’ll see on their phone is a giant butt!”
Do that now and your ass will wind up being ridiculed on Facebook pages around the world.
If it already isn’t. Social networking is rife with stories of stumbling innocents betrayed by a bystander with a camera phone.
Alas, we’ve eliminated the middle man.
Most of our most vicious pranks are now the ones we play on ourselves.
Posted by Chris Rodell at 11:37 AM

Perfect timing. My 8 year old had a sleepover and this was how they spent their time. Sadly, I found out because it was 2 am and 8 year olds don't understand the concept of caller ID. Some very unhappy (and rage filled people) called back and I unknowingly answered the phone thinking somebody must be hurt.

Sadly for my daughter I was not as nostalgic as you. I was just tired & cranky. My social networking status the next morning was "children shouldn't prank call if they aren't old enough to understand caller ID".

Yes, that's the trajectory I'm sure we'll soon face here. Oh, I'll bet those people your daughters called were furious. You just can't get away with that sort of hijinx anymore. A pity!

Sorry about your crankiness. It's understandable. Hope it goes away soon!

The crankiness is gone. It was mostly from being woken up at 2 am. :)