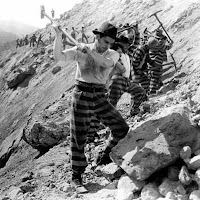 Conflicting reports from my observant daughters mean I’m either the hardest working man in America or the laziest.

I’ve based much of my identity on a sunny summer afternoon from 2006 when our oldest daughter, then 5, presented me with a Hallmark moment I’ll never forget.

She and her little trio of chums were busily cluttering the kitchen table with colorful scraps of construction paper. Nearby, I was cluttering the counter top with discarded bread crusts that would have rendered peanut butter and jelly sandwiches inedible to the quartet of 5 year olds.

It’s a conversation all children get around to and I was standing right there when the redheaded neighbor girl brought it up.

“What’s your daddy do? Mine helps sick people,” she said with estimable pride.

They went right around in a little circle.

Then, in a matter-of-fact voice, my beloved Josie drove a stake through my self-image as a freelance writer who tried to appear professional. What does her daddy do?

My first thought was, man, that’s not going to look good on the loan applications.

No one’s ever said on their death bed that they wished they’d have put in more hours down at the tire store or spent more time keeping the hedge trimmed.

I knew then that was one poignant lament I’d never need to utter.

Then our current 4 year old turned my world upside down after I told her I wouldn’t be there at the pool to toss her up in the air because I had to work.

She burst into tears and wailed, “Daddy, you always have to work!”

If on Monday at precisely 12:53 p.m. you were confused by a jarring sound that startled all the neighborhood dogs into howling, it wasn’t a sonic boom.

It was the collective jaws of my wife, my mother, my in-laws, my extended family, my banker, the IRS, all my friends and the wobbly multitudes who’ve ever shared more than one beer with me simultaneously crashing to the ground.

The kid’s wrong, honest. Even when I’m doing what I consider work, it’s really more make-believe work that I hope will one day lead to real work and, hallelujah, a really elusive paycheck.

My wife asks me if I’ve had a good day. I tell her I won’t know for six months.

During some recent e-mail banter, a buddy of mine responded to one of my barbs by sniping, “Why don’t you just go back to pretending you have a job?”

Just last week, my Mom had some friends over. “They asked me what you’ve been doing the last few years. I thought about it and said I didn’t really know. Just what do you do?”

Wish I could tell you, Mom.

I can’t apply for unemployment because I’ve never been employed. I’ve only had three real jobs in my entire adult life and one of them’s been at the Pizza Hut.

I guess I’m in some kind of occupational puberty. My “work” time is spent doing strange things that are disconcerting to grown ups, but I hope will one day grow into something productive.

It is, I admit, an awkward phase.

I’m getting gangbuster feedback from top publishers and agents on my novel and on another couple of non-fiction projects -- and these are real people with real jobs. I swear.

But telling people that just sounds like more evidence that I’m spending too much time in Fantasyland with my make-believe friends.

My real life buddies are always after me to golf more and to splurge on a golf trip with them to Myrtle Beach.

I tell them I’m really close to something good happening and I’m convinced it could happen any day now.

They’ve heard me say that about once a week since 1992.

Really, I believe in my heart I’m onto something and all the voices inside my head are in full agreement with me (I love those guys).

The good news is that now I have at least one person, a 4 year old, who thinks her old man is the hardest working daddy in the whole wide world.

And now it’s my job to prove her wrong.
Posted by Chris Rodell at 1:37 PM

Email ThisBlogThis!Share to TwitterShare to FacebookShare to Pinterest
Labels: 8Days2Amish, Chris Rodell, hard work, Use All The Crayons, www.EightDaysToAmish.com