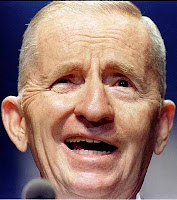 I peered deep into our 9-year-old’s right ear the way germ-detecting scientists peer into microscopes.

I was looking for Michael Phelps.

Nine is an age when “Dad” becomes a two-syllable word.

“Da-ad! Swimmer’s ear doesn’t mean there’s a swimmer in my ear,” she said. “It’s an infection.”

That’s what the doctors say, but I’m suspicious of the entire medical profession.

In evil collusion with the dastardly pharmaceutical industry, they invent diseases and spend millions on saturation advertising to convince us we suffer from every day symptoms like sleeplessness and agitation, which to me are symptoms of things like parenting and being gainfully employed.

Next thing you know we’re eating pills the way we should be eating vegetables and we’re worried about side effects like suicidal depression, colored urine and three-hour erections.

We’re all being doctored to death.

And I’m even more suspicious of the human ear, God’s worst design.

I revel in the grandeur of a beautiful sunset, the forrest in autumn and the sight of a child running with outstretched arms toward a kneeling loved one.

There is so much splendor to savor in this world.

But what happened when God designed the human ear? It looks like it was done by interns eager to dash off to the Happy Hour.

We vainly lavish plastic surgeons with millions to shave fractions of an inch off our noses, we get our lips plumped and the drooping skin on our necks and foreheads tucked back behind our temples.

But no one ever does a thing about the ugliest part of human being north of the disgusting foot.

They hang prominently from our heads like the shutters of old haunted houses. They look like a Google Earth map of the LA freeway system.

They make no sense. They are a confusing tangle of gutters.

Really, the only thing the design is good for is keeping glasses from sliding off our heads and letting us identify society’s biggest jerks by giving them a place to stick their Bluetooths.

Sure, they make great handles if you’re interested in assaulting a bald man, but that only benefits the belligerent.

Sturdy pegs could handle all those simple tasks, although that design might pose additional discomfort for mothers during childbirth and no one who’s ever witnessed that ordeal would favor that solution.

One of my favorite bits of trivia includes another ear flaw. While the rest of the aging us is giving into gravity and getting more diminutive, the ear is always on the march.

It’s true. The eyes with which we’re born remain the same size from birth to death, but the ear and the nose (and I’ve got issues with them, too), never stop growing.

Ever see the ears of a really old person? You see less sizable kites at hang gliding conventions.

We should have ear lids like eye lids. If we want to jump in the water or some punk kid is playing the Lady Gaga too loudly, we just shut our ears the way we shut our eyes when we see Lady Gaga on TV.

And that would seem like a solution to the swimmer’s ear that’s plaguing our darling Josie.

You never hear of a dolphin suffering from swimmer’s ear and the only time they stick their heads out of the water is to nod for the trick reward anchovies at places like Sea World.

Val said the nurse at the Virginia Beach doc in the box told her there’d been 15 other kids with swimmer’s ear there already by that afternoon.

Each of their parents had to shell out $150 for a minuscule quantity of ear drops that is less than what will come vaulting out my nose when the summer allergies soon start me to sneezing.

When Val told me the drops were $150, I couldn’t believe my ears.

But I think the same thing anytime I see them in the mirror.
Posted by Chris Rodell at 10:45 AM

Thanks for the good laugh! However, I am feeling just a touch sensitive about my ears insulting someone else's sensitivities....

Regarding ugly ears, Emma, we're all in the same boat. And we're all rowing with ugly oars.

So glad to have you as a reader and thanks for all your friendly comments.

Oh man! $150 is WAY too much. But, well, I am pre-med so maybe I should support...nah. I am heading for naturopathic med school. I would charge an office visit & tell her to put some olive oil in the ear and to get a chiropractic adjustment. ;)

I love reading your blog. Always makes me smile.

Thanks, Tia! Next time I'm bringing all my ailing ears straight to you.

So glad you enjoy the blog. I have lots of fun doing it, too.

Too bad no one will pay me to write it or you to read it. Wouldn't that be cool!

i gotta stop by here more often. I could have missed this. The advantage of the ever-growing ear, I've found, is they're easier to clean now that my finger fits all the way inside, even with a washcloth wrapped around it. No more Q-tip expense and bother.

Do I have to track you down, Keith, and read these aloud to you over the phone? If I have to, I will.

Yes, the ears are odd ducks. Thanks for the non-Q tip!

Ha. No, just keep writing them.

By the way, my word verification to post this is "tispiedg." Have they run out of real words?