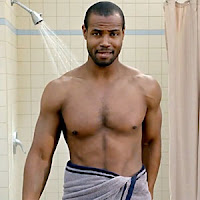 I don’t for a minute believe BP when it says it’s capped the well. I think they have a stage set with a Top Hat rig in a pool about 20-feet deep they’re using to simulate competence.

Look carefully enough at the tape and in the dim background you can glimpse BP men walking around on their way to meetings where they plan wars, famine and the futures of men like LeBron James.

Who knows what kind of menace you’ll see if you look deeply enough into BP?

This is a company of such grandiose evil you have to believe Darth Cheney’s somehow involved.

Now comes the news that BP was behind the release of murderous terrorist Abdel Basset Ali al-Megrahi -- and I hate him even more now that I had to type and spell check such a long and awful name.

I understand a certain ruthlessness is required to run a global conglomerate that earns obscene profits that number in the billions.

You need to deceive governments, your customers, your stockholders and daily do unethical things that would cause terminally poor men like me to lose sleep at night.

But this deal with Libya goes beyond the pale. What business in the name of profit leans on a government, in this case Scotland, to free a man responsible for the terrorist deaths of 270 innocents?

And what government says, yep, sure, you can go free and live out your years in the comfort of your loved ones where you’re considered a hero for your deadly villainies.

In America, this would be an impeachable offense.

I don’t cast my votes in Scotland and am in one of those all-too-common situations where I want to lash out at a target too nimble to hit.

I don’t drink Scotch, preferring all-American bourbon, so I can’t hit them there.

The boycott BP movement isn’t satisfying either. That’s taking it out on the little guy who runs a mini-mart that just happens to be linked to what is right now is the world’s most damaged brand.

I doubt any mom ‘n’ pop started their franchise by saying, “Pa, what the good people in this neighborhood really need is a place to buy good ol’ BP gas. It’s the best gas. It’s good for their cars and the BP rep gave me his word the company will never do anything to disgrace our affiliation.”

The guy’s probably like me. He couldn’t care less if he sells BP gas, Exxon or some other petroleum product.

Gas isn’t like underarm deodorant, a product that requires some brand loyalty. Like my dad, I’ve always been an Old Spice man, a patronage that’s currently being rewarded by its association with the funniest ads ever seen on TV.

(“Swan dive! Into the best night of your life!”)

I buy gas based on need. When the gauge starts to edge toward “E,” I pull over to the nearest filling station. I don’t feel like I’m being disloyal to Sheetz if I stop at the Get Go. I don’t think the car’s going to run angry if I fill up with Exxon instead of Chevron.

So there’s nothing a guy like me can do to punish BP for its treachery.

All I can do is hope that one day, and I pray it happens soon, we find a cheap and clean alternative to oil that is at the root of so many environmental and foreign policy problems bedeviling this godforsaken world.

And I don’t want something incremental. I want it to be an overnight sort of sensation.

I’d love to see President Obama break into programming with a stunning announcement that tomorrow at noon every car in America will be fitted for free with glove box converters that will allow vehicles to run in perpetuity on just one slim dispenser of Old Spice High Endurance Deodorant Stick.

Know what I’ll do?

I’ll buy everyone at the bar a shot of good ol’ Kentucky bourbon and together as one we will swan dive into the best night of our lives.
Posted by Chris Rodell at 1:32 PM