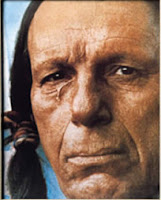 Watching my waste-averse wife try to find a stranger willing to take two leftover cuts of pizza reminded me of Oskar Schindler's heroics.

When it comes to saving the planet, she’s that earnest.

“Please,” she said, “they’re really delicious and it would be such a terrible shame to have to just throw them away.”

That in essence is what saintly Schindler said about the Jews he saved, although I don’t think he ever hinted about their tastiness.

The road to eco-purity is littered with good intentions, not to mention discarded burger wrappers, water bottles and mini-mountains of menthol filtered cigarette butts.

This is never more evident than when you’re on summer vacation and witness to the massive amounts of waste that come along with enjoying being a consumer on a jaunt in a world that looks like it quit caring.

I’m one of those maniacs that will chase a wind-blown Hershey’s wrapper around a shopping center parking lot like it was a $50 bill.

I just decided years ago that I was going to without complaint pick up and dispose of as much trash as I could without veering too far out of my way, digging in jagger bushes or risking getting hit by a speeding bus.

On my daily walks, I often carry a plastic bag. Usually, I can find enough trash in my stumbling path to fill the bag.

I realize the utter absurdity of stooping in the gutter to prevent someone’s discarded cigarette wrapper from traveling downstream while BP floods the Gulf with millions of barrels of crude, yet stoop I do.

If I was a superhero, I’d be StooperMan!

It would be different if I the only trash disposal places were way up atop the remote Himalayas.

But the world is littered with trash cans. They’re everywhere and there’s usually an unholy halo of garbage ringing every one of them. So I pick it up and put it where it belongs.

When my daughter asked why I was picking up trash that wasn’t mine, I knelt down and said, “No, it isn’t my trash, but it is my planet.”

Now that’s a dandy line, one the Sierra Club’s free to pilfer.

It’s the kind of line my daughter will likely repeat to countless therapists she’ll see over the course of her life to correct exposure to my uniformly liberal aphorisms.

But the landscape is different on vacation. First, the six-cylinder Saturn -- and it’s green, by the way (in color at least) -- is finite. It doesn’t expand to make room for all the empty sodas we consume and would dearly love to recycle.

I draw the line at hauling trash around the country so we’re at the mercy of the hosting hotel. If they don’t put out a recycle bin, we toss it in the trash, a raised middle finger to Ma Nature and all we espouse.

Table scraps is where I part ways with my wife.

Truly, the world needs a machine that will allow all of us to fax leftovers to the starving.

The waste at any restaurant is staggering. Super sized portions leave conscientious diners with the option of overeating or watching the indifferent waitress drop a veritable feast into the garbage.

A food fax would solve all that. Restaurants would be able to take leftovers and send them to needy people around the globe.

I’m surprised Val hasn’t devoted herself to inventing one.

Maybe she’s too busy beseeching strangers to take what we can’t eat.

That’s what happened at an Indiana restaurant where a coupon stipulated we’d get the grande size. It was way too much for the four of us and two enormous cuts were left on the table. Val began to panic over the potential waste.

“Forget it,” I said. “You’ll look like a crazy woman for even asking and only an idiot would take food from a perfect stranger.”

Thus, my little speech made it all the more satisfying to her when some nice Kentucky woman said why, yes, thank you, my family will be happy to eat them.

She returned to the table triumphant that she’d won a small battle on behalf of Mother Earth. The food would nourish another and not go to waste.

I told her she was right, I was wrong and that I’m an idiot.

It was nothing she hadn’t heard before.

The apology was one of the few things I’d managed to recycle the entire week.
Posted by Chris Rodell at 10:39 AM

Version heard at my house when I ask my kids to pick up some piece of trash on the floor - "But I didn't put it there! It's not MY trash!" So now I can plaigerize some version of your planet retort - only replace planet with home.

And I hate to admit it but I'm rather much like your wife, hating to waste anything. While I am eating at a restaurant, pushing my leftovers around my plate, I often daydream about a program that collects perfectly good leftover food and distributes to homeless. I know there are a few restaurants that do this in my city, on some private scale.

Wouldn't it be great if the transfer of leftover to hungry homeless were so seamless? You and my wife are on the right track. Maybe one day that'll become the norm. Drives me crazy, too!

Take that line and run with it, my friend! It IS our planet!

We live in the country and work hard to recycle what we are able, both indoors and out. We buy bulk at the local Costco (much like Sam's Club for those east-coasters), and I always have a moment of 'feel good' since the larger containers mean less packaging. That is, until I get home and start to unpack, and am again reminded that buying in bulk also means handling a lot of product and for the suppliers, that translates to adding additional packaging material, e.g. plastic and paper wrap to make a three-pack of anything able to be easily picked up and scanned.

Can one ever really get to recycling nirvana?!?

We recycle much; however, we could make a second well-paying career recycling aluminum (cans) on the ranch!!!

Yes, Tia, I am StooperMan! Able to recycle crushed cans in a single trip to the center.

That is a problem with us, too. I can't find anyplace that'll recycle the styrofoam that food comes in. I hope one day we can all celebrate in, ah, recycling nirvana.

You mean, Bob, that Joe allows something as dainty as recycling to exist at the ranch? I'd think he'd bash that as a liberal plot to, well, do something wacky.

Thanks, you guys, for your comments!

Welcome back Chris! I agree with the recycling or lack of at vacation spots. Everytime we go to Ocean CIty or down to see Rachel in Pawley's Island, there is never any places to recycle. They might have one on the highway miles away from where people stay. Who is going to do that? Surely they can come up with some way of recycling, since they manage to think up every which way of getting you to part with your money.
Welcome home again,
Susan Uhring

Thanks, Susan! So glad to know you're reading. Yes, it's a problem. So many people want to recycle. I don't know why they don't do more to accommodate us.