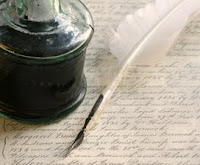 Done! Last night I finished my 17th novel and I’m basking in the sublime sense of accomplishment. I couldn’t be more confident that it is going to be an international bestseller and that Spielberg will soon be calling with offers.

I think I’m more proud of this than any of the others.

My 17th novel is called “The Last Baby Boomer: The Story of the Ultimate Ghoul Pool.” It’s exact same name as my 16 previous novels.

In fact, it’s basically the same as the previous 16 novels.

Sure, all the versions are a bit different, but the thrust is the same.

I figure the last baby boomer is going to die in the year 2081 when he or she will be 118 years old. My 17 novels have been the story of that hypothetical man.

I figure people are going to be so sick of baby boomers by then that they’re going to take the last one and lodge him in a museum suite. People will spend $25 to be with him for 15 minutes. If they’re in the room when he dies, they win the jackpot.

The problem is he won’t die.

I call it a coming of old, old age story. Because everyone has to die, but only one of us gets to die last.

Not a bad premise, eh?

People seem to like it. I’ll never forget the reaction of the first big shot agent I sent it to. He actually called me and gushed that the book sounded like great fun. He asked me to send the entire manuscript.

I clearly remember setting down the phone and thinking, “Should the Cadillac be red or black?”

He never called back and never returned any of my calls. I like to think maybe the novel was so good the excitement from reading it made him drop dead.

You sound like a real failure when you tell people you wrote a novel 10 years ago and it still hasn’t been published. But I haven’t been sitting at the computer hammering away at the novel for that entire duration.

I’ve written four other golf and humor books, hundreds of magazine and newspaper articles, did my part to help conceive two darling children, played a lot of golf, drank a lot of beer and probably smoked 100 soul-soothing cigars.

Fatigued from rejection, I’d set the novel aside for entire years. I’ve had two actual publishers -- so small they were what they euphemistically call "boutique" -- say they wanted to publish it. One broke my heart by later changing his mind. I reluctantly pulled it from the other after an intervening agent said she was confident she could find a bigger publisher.

The most frequent comment I hear about it from interested agents is that, gee, it’s really fun, the writing’s great, compelling story, someone’s going to just love it, but it doesn’t fit any genre so we don’t know how we’d sell it.

I tell them I sold 62 copies of my 2003 golf book during a raucous day-long book signing at my favorite tavern. And this is a true story: it’s the only day in the 12 years I’ve been a regular there that the owner had to throw someone out for being too rowdy.

I’m surprised industry people don’t offer more suggestions on how to improve it. Really, I’m all ears. They must think I’m one of those writers who believes each word is too precious to disturb.

That’s crazy. I don’t know any writers who wouldn’t be grateful for professional advice on how to make their books better. I parse every rejection to glean any shred of advice or criticism. Then after a groundswell of deliberate thought, I get the hammer out and start bashing the daylights out of what I once cherished.

My 17th novel is vastly different from my first one. I think each of my novels has gotten better and better.

And now I have a friendly association with a prestigious agent that just rejected my non-fiction frolic about trying to get a new word in the dictionary (“Zeitgust!”). She and her boss just loved it. I was very flattered. Alas, it was a no, she said, making me wonder again if I’m on pace to become the nation’s most rejected writer.

But she asked to see any other projects I’m pitching. I told her about my novel and sent her the first 25 pages. She liked it and is eager to see the rest.

It gave me the impetus to do a complete re-write based on something a top agent shared about why he passed. I think the book I finished yesterday is great and is going to be the one that puts me over the top.

I hope with all my heart that is so. Because, like all of us who write, we dearly want to prove we belong. We want our work to have mass appeal. We want to see people reading our books on planes and at the beach. We want our books turned into movies.

Really, more than the money and the professional security, I want to have an answer for people at parties when they ask what I do for a living.

I want to tell them I get paid to write books.

And what if this oh-so-promising agent comes back with yet another stinging rejection? What if she says, gee, this is great, someone’s going to love it, but it’s just not for me?

Then I’ll have no choice.

I’ll roll up my sleeves and start writing my 18th novel, ever confident that it’s going to be another blockbuster.
Posted by Chris Rodell at 12:04 PM

Oh it's a strange and wild ride of a business, isn't it?

CONGRATS on completing your novel! :)

Coming from a fellow struggler, Kathryn, I appreciate the sweet sentiment. I hope I'll have some good news for you soon.