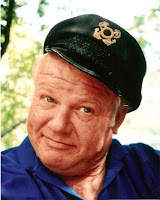 The commentary world is buzzing today that 16-year-old Abby Sunderland has been rescued. On her round-the-world solo jaunt, she nearly capsized in hurricane force winds and mountainous seas. Costly teams of taxpayer subsidized air and seaborne rescuers risked their lives to find and retrieve the California girl.

How come you never hear about girls from places like Akron getting into these kinds of scrapes?

Critics are questioning the parental reasoning of allowing a kid barely old enough to drive a four-cylinder Hyundai to the mini-mart for milk, to go around the world solo in a sailboat.

Me, I don’t judge. Maybe she’s qualified. Maybe she enjoyed an instructional religious vision. Maybe her folks stood to make some loot on a wager with the parents of balloon boy.

I just know this much: When my daughters turn 16, I won’t allow either of them to be alone at the local mall much less alone in the middle of the Indian Ocean.

Because that’s where I’ll be.

Sunderland’s mistake was she had a cutting edge satellite communications, soul finder GPS, and a grand, ambitious plan.

Hell, I won’t even have a sail. I’ll be like the note in bottle cruise ship passengers heave overboard. I’ll just drift with the tides and maybe wash ashore in some distant land decades later to be marveled at by beachcombers and the local newspaper.

Defenders are hailing Sunderland as a girl with real spirit. That’s maybe the one department in which I’ll one-up her.

I’ll be a man with many spirits. There will be rum, bourbon, vodka, tequila, iced coolers of beer and maybe a ganja-filled dinghy in case I need to make friendly with some ya mon pirates.

There will be books. I’ll empty the local library of its Louis L’amour collection and I’ll have one of those page-a-day “Far Side” calendars that I’ll just roll over and enjoy year-after-year -- and they can kiss those astronomical late fees goodbye!

In deference to my primary sponsor and source of nutrition, I’ll call my proud little boat the S.S. Pop Tart. That to me is the one food any man lost at sea could depend on for eternal sustenance.

Really, by the time my daughters are that troublesome age, someone will probably have invented a machine that will allow restaurants to fax things like pizza anywhere in the world.

Can you imagine how parenting will change when that happens? It’s bound to.

The waters will be crowded with men like me, married fathers of daughters awash in confusing seas of estrogen.

It has hard to fathom what led her father to green light the around-the-world jaunt when everyone would understand if he cried, “Uncle! Mid-life crisis! I’m outta here!”

All I can guess is that old man Sunderland, himself a dandy yacht skipper, doesn’t hang around the kinds of guys I do.

I can just imagine what would happen if I announced to my friends at the bar that I was letting my 16-year-old daughter sail around the world all by herself.

It’d be entirely different if I pushed through the doors and said, “Fellas, guess what? I’m leaving my family indefinitely! I’ve sold my half of everything! I’ve bought a boat and I’m going to sail around the seven seas! And I don’t know when I’m ever coming back!”

Want to know what would happen next?

These men would fight each other and bribe me to see who could crew my little boat. My dreams of being alone would be shipwrecked before even leaving port.

Ah, it’s bound to be a raucous voyage along the high seas. And I mean high seas in every sense of the word.

I know some of those guys who’d bring plenty of provisional ganja.
Posted by Chris Rodell at 11:23 AM

Cheers to your dream of blowing in the wind on the S.S. Pop Tart! (And leaving your girls safely at home.)

Yes, the girls must be tended. Val will see to that. It's a fun daydream. Alas, that's likely all it'll ever be. Bummer!

Sounds like you wouldn't remember much of it anyway, landlubber.

Just blame that on the monotony of the waves, Keith.