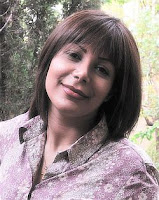 After months of soul-searching, I’ve decided I’ll not Twitter until my country is imperiled by enemies within and in dire need of revolution.

I’ll not utilize the popular service until some tyrant bent on imposing his or her extreme views on the country I treasure emerges.

Because I believe Twitter is becoming something sacred. I don’t wish to desecrate it with my 140-character posts about my trips to the grocery store and the suspense over whether I chose paper or plastic. (I chose neither. I always bring my own canvas).

The pace of American and internationally historic events over the past eight months has been breathtaking.

Here in America, we’ve elected our first black president, seen our economy tumble and Uncle Sam go into the car business. And don’t get me started on the travails of “Jon & Kate Plus 8.”

But nothing to me is so staggering as the nascent revolution in Iran. I never thought in my lifetime I’d see indigenous uprisings on the streets of Tehran over something so all-American as angry complaints about the fairness of elections.

I think the depth and breadth of these uprisings has caught even the experts by surprise. This isn’t just restless students and idealogues. It’s doctors, welders, and even renegade clerics.

And, God bless ‘em, it’s been lots and lots of women. To me, that’s huge. Real change in the Middle East will never happen until the women are unshackled and stripped of their burqas -- and I mean that symbolically for starters.

We know this, in part, because things like Twitter are usurping the role of the media that’s been muzzled or booted out of the country.

To me, Twitter has always seemed like the ultimate in media vanity -- and that’s coming from a guy with the audacity to blog about things like his mismatched sox.

And who is the face of Twitter in America? Fittingly for something so frivolous, it is the talentless lunkhead Ashton Kutcher.

Scroll the career credits of everyone residing in the whack- job Kutcher-Bruce Willis-Demi Moore compound and I can think of just one starring vehicle of theirs out of hundreds that I’d ever watch again (It’s Willis’s “The Sixth Sense” and maybe the only reason I like it is because Willis spends the entire movie with a bullet hole in him).

Yet the trio has enough of a vapid fan base that producers continue to pay them millions to “entertain.” And, clearly, it’s working for Kutcher.

In a high profile race, Kutcher recently beat CNN to become the first Twitter poster to reach one million subscribers. Who these people are that want to hear Kutcher’s wisdoms in 140 characters or fewer, I cannot fathom. But I’ll bet 98 percent of them failed to muster the intellectual stamina necessary to read the second paragraph of the reviews that said “Land of the Lost” was an historic stinker.

Kutcher’s tweets, I’m told, relate the minutia of his fabulous Hollywood life down to the near minute. I don’t know which would be more boring: reading his tweets or being Demi Moore forced by her own poor decisions to spend most of her day watching him type them.

That’s the pretty boy face of Twitter in America.

Contrast that with the woman who is destined to become the face of what’s already being called the Twitter Revolution.

The brutal and deadly efforts to suppress the news about her are being overwhelmed by a technology that until last week I deemed too silly to consider.

The use of Twitter in a revolution is a majestic sort of democracy that will resonate through history. What’s happening in Iran is humbling to observe. The blood they’re spilling will be used to ink the blueprints of, I’m convinced, a democratic revolution that will sweep the Middle East.

My prayers, hopes and support are with those heroic Twitterers risking death in the streets of Tehran as they drive this stunning revolution. I pray they’ll succeed. I believe they will.

And I give you my word that’ll not do anything so revolting as Twitter until my country really, really needs me.
Posted by Chris Rodell at 3:27 PM

So much going on in the world and with technology...makes me feel old.