Predictions for the Super Bowl & Beyond 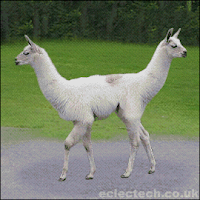 • I predict the Steelers will win Super Bowl XLIII by a score of XXXIII to X and that Ben Roethlisberger will be the game’s MVP. The QB believes he has something to prove after his terrible performance during the Steelers victory in Super Bowl XL. After Sunday, he’ll be considered the best in the game.

• I predict Bruce Springsteen will sing, in order, “The Promised Land,” “Working on a Dream,” “The Rising,” and “Born to Run,” and that we’ll see neither of his nipples during the performance. And that’s too bad because I’ll bet the Boss has some beauts.

• I predict cars of the future will have no reverse gear and will look like that crazy “Push-me-Pull-you” animal from the movie “Dr. Doolittle.” Drivers will pull head first into a parking space and the seats will all reverse when he or she gets in to leave. The car will have two fronts. It wastes a lot of gas and causes a lot of accidents for people to be doing any driving backwards. And going in reverse is just such a pain in the, well, rear.

• I predict within V years years we’re going to see tabloid reports of a woman who’s had breast implants inserted below her shoulders to encourage her breast-obsessed boyfriend to spend more time slow dancing with her. The love of breasts and dancing are two dominant themes in American culture and this trend will confirm it.

• I predict the Steelers will win the Super Bowl in 2010, giving them three championships for the decade and the right to be crowned team of the decade. True, the New England Patriots will have won three also, but let none of us ever forget, the Patriots cheated.

• I predict one day about six months from now, one of the sleepwalking Republicans in the U.S. Congress is going to wonder aloud if Rush Limbaugh’s back on drugs or if he and all his 176 Congressional colleagues have begun consuming too many of them.

• I predict that sometime in the second quarter of the biggest football game of the year my 8-year-old daughter will complain that we’ve seen enough football and for the good of the family we should turn off the game and watch “Mamma Mia!” for the LXVII time.

• I predict that within VI years, the pompous jackasses who run the NFL will cease using these these ridiculous Roman numerals and none of us will have to puzzle it out that Super Bowl XLIX is simply Super Bowl 49.

• I predict that, even if the Steelers win convincingly, this winter still won’t go as quickly as the one three years ago when the Steelers beat the Seattle Seahawks in Detroit. Winter 2005-2006 may go down in history as the greatest winter ever. First it was mild early. Then the Steelers started winning and any time that happens in your city, it cuts winter off at the knees. Then just as we were getting into the most dreadful part of the season, the part when cabin fever has everyone acting like Jack Nicholson in “The Shining,” Dick Cheney accidentally shot that guy down in Texas and that’s something we all enjoyed. Well, everyone but the guy he shot.

• I predict I will for the rest of my life avoid typing a sometimes pejorative word describing nomadic, scarfe-draped and bejeweled fortune tellers from Eastern Europe because of what happened this week. My last blog entry included the need for the noun that begins with and includes in order the following letters: “g - y - _ - s - i - e - s.” For some reason, the instant after I innocently typed it, my always reliable iBook froze up solid. I walked away and fretted for an hour. It revived, but some of the story disappeared and I’m convinced I was unable to recover its previous zing. I’m not superstitious, but if I ever type that word again it’ll be on a computer belonging to someone I hate.

• I predict you’re going to see a lot more of these idiotic prediction posts from me. They’re just so easy. No one remembers if you get ‘em all wrong, but if the Steelers win 33-10 or some moronic woman runs out and gets boobs on her back, I’ll have incontrovertible proof that I saw it coming.
Posted by Chris Rodell at 4:50 AM

CR... We went to the NFL experience last night and the kids had a blast.. That NFL sure does know how to Make Money $$$$... The cheapest part of the evening was parking in some guy's driveway for $10... Not sure if it was his driveway or if the owners were just out of town... We were able to retrieve our car at the end of the night though... After lots of fun, Some $8 Beers, $9 Hot Dogs I was ready to get home. Go Steelers! I do consider myself a Recovered Browns Fan and a FairWeather Tampa Bucs fan. All our best.
Harold in Tampa

Hey, great to hear from you! I didn't know you were checking out the blog. Thanks!

And thanks for rooting for our Steelers. You've probably run into a few of my good buddies down there. Soltez is going and I gave him George's number. I hope they hook up -- with you, too!

I was sorry to hear about George getting roughed up at the ramp. Made me think of the night Kris almost killed Chuck and I. Even though it nearly killed us, I still look back and think, hey, that was fun!

Thanks for checking in, bud.

Best to you, Heather and all my good friends in your great family.