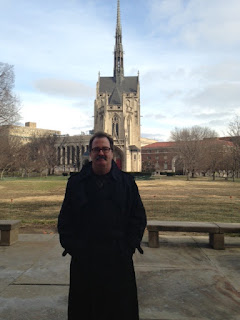 Despite near zero evidence anyone reads these here, yet again, are my bestest, most razzle-dazzlest tweets of the month. Enjoy! Or don't ...

• It must have been difficult being married to Plato. As a big shot Greek philosopher, he must've attracted his share of female admirers. But if she ever busted him in a compromising position he could truthfully say, "Babe, I swear, it's purely Platonic.”

• With bloodthirsty Putin strafing innocents and rattling the nuclear saber, all my fears of the world ending with climate change and gently rising oceans suddenly seem charmingly quaint.

• For the record, I've authored 10 actual books, but 4 of them are so bad I refuse to acknowledge they exist. Do you know how bad a book has to be for its author to deny its existence? My parents weren't exactly bustin' with pride over having raised me, but they still kept a high school graduation picture of me on the mantel. And it wasn't like I was exactly setting the world on fire back then. Well, parts of it.

• Increasing noise pollution, both audible and sensical, will in the next 50 years lead the human ear to evolve and function like volume knobs. So if you hear some music or objectionable political opinions, you'll be able to spin your ears to the off position. I intend to keep mine set at 2.

• What would you make of it if you were driving down the streets of Moscow and saw an anti-Putin bumper sticker that said, "Don't blame me. I voted for Trump!"

• Being familiar with how inertia animates any bureaucracy, I have to imagine the Ukrainian equivalent of the CDC is today preparing to hold a press conference to announce new recommendations regarding public mask use.

• It should come as no surprise but, given our sedentary natures, most standstills have become sit stills.

• In my experience,  the people who give the worst advice are the ones most eager to give any advice. For example ... Me! I advise uninvited, post and have, in fact, written what could be called advice books. I've, thus, proven my point.

• If a bald man tells an annoyance to get out of his hair, is it an insult or a bold invitation to adventure time travel?

• I prophecy my demise will be violent. Not that I wouldn't prefer a peaceful passing. But if I say I'm going to die a violent death and I, in fact, do, the pain will be eased knowing my last mortal thought will be, "Ha! Right again!”

• Being in quality control in any spice processing plant must bestow workers with God-like feelings. Where else can you turn back thyme?

• Told the kids one of the best ways to get ahead is to ignore the advice of mediocre adults. They pretended not to hear me ... I know. I have only myself to blame.

• I remember being surprised when I learned the root word of hospital was hospitality. Who thinks "hospitality!" when they're admitted to a hospital? It's like researching the roots of "politics" and finding it's derived from “polite."

• Every time I'm tempted to write "humorist" where it asks my occupation, I remind myself my core support comes from a handful of 60-yr-old men who still snicker when they hear the word, “titillate."

• We’ve reached a point where my capacity to be entertained is overwhelmed by an abundance of choice and mediocrity. Too many options, too little quality. I cut the cable. Now I feel like cutting my wrist.

• Sorry, Planet Fitness, you'll never truly be the "No Judgement Zone" until the place smells like one gigantic fart.

• I prophecy my demise will be violent. Not that I wouldn't prefer a peaceful passing. But if I say I'm going to die a violent death and I, in fact, do, the pain will be eased knowing my last mortal thought will be, "Ha! Right again!"

• I used to be a free spirit. Now I charge by the hour.

• Television, which has given me a lifetime of numbskulled pleasure, continues to find new ways to infuriate me. This time it's holding me hostage to commercials. Hulu forces its viewers to watch three 2-minute blocks of commercials for every 30 minutes of programming. Unless ... you pay an $11 ransom that allows you to skip the tedium. So solvent folks skip 'em while the poor endure 'em. Now, isn't the purpose of commercials to sell products. If you can't afford $11-a-month, you can't afford much of what the commercials are selling. I suggest it would make more sense to make the people with more money watch the commercials. That would give those of us without the means an extra 12-minutes every hour to do some productive wage earning. Or at lease watch more uninterrupted TV.

This observation was brought to you by ... GEICO!