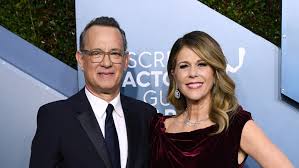 • I love America and I love Americans, but given what I know about both, I’m convinced right now CDC hotlies are jammed with people who are asking some form of the question: “I just saw a Tom Hanks movie on Netflix. I have no symptoms, but just to be safe should I self-quarantine?”

• I wonder what Citizen Trump would have said had President Obama in different circumstances said he was imposing a travel ban on all Africa “except Kenya were I urge people to go to vacation at my golf resorts.”

• I admire the NBA for suspending the season, rather than playing games in empty arenas, a move that hurts thousands of ticket takers, vendors and ancillary businesses. It’ll be interesting to see how the greed-meisters who run the NFL will react to the same situation. Prediction: They’ll postpone the games and re-work the schedule so that all teams will be forced to play doubleheaders with fans being obliged to buy two tickets per seat.

• I’m no doctor and I’m not sure it’s even a medical term, but it seems to me that in America today even the otherwise healthy people have a case of the heebie jeebies.

• Today is one those days I wish I was still working as a reporter at a daily newspaper. I’d be calling area funeral directors asking how they were planning on dealing with the body boom. Are they hiring? Expanding facilities? I have to imagine one or two of them, if they were being honest, would say, gee, I hate to see us go through this, but I just found out the dorky kid needs braces so …”

• Fair warning: I’ll no longer shake hands, fist bump or man hug any friend. No, I’m just going to skip the foreplay and — brace yourself — shove my tongue right down your throat. And I’m talking about you ladies, too!

• I once infuriated an on-line friend, a Berliner, by posting a mediocre joke about how they must go through a lot of hand sanitizer in land called GERMany. Who knew Germans were so sensitive?

• Covid-19 is overnight turning the planet into a place of many germs/GERMany.

• If Covid-19 is causing this much havoc, what are we going to do when Covid-20?

• I’m already so sick if “an abundance if cautiousness” I can’t wait to resume impetuous recklessness.

• The reason Mr, and Mrs. Hanks were in Australia? Tom is playing Col. Parker in an Elvis biopic. I'll see that.

• Many of the same people who last week were dismissing the virus as a Fake News media hoax are today standing in line at Costco to begin hoarding toilet paper.

• How did I get this far in life without ever hearing about Covids 1-18?

Bookbub is the best. Having 100+ reviews also does wonders for a book, you can try usabookreviewers.com for reviews. 100+ reviews also help with getting accepted with bookbub and other promotion sites. I can also help create a free marketing strategy specific to your genre and book.