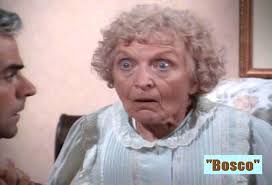 I woke up Saturday for the first time in my life without either a Mommy or a Daddy.

I remember thinking I was glad I paid attention when they were teaching me how to tie my shoes.

Mom, 84, died peacefully Friday morning at 8:05. She’d shattered her left wrist in a Sunday evening fall at her apartment. The shock precipitated a cascading raft of maladies that led to respiratory failure involving undetected lung cancer and pneumonia on top of her escalating dementia.

I’d like to thank all those who prayed she’d overcome all her deadly ailments.

I’d especially like to thank those who prayed she wouldn’t.

Her care was exemplary. The first responders transferred her to Latrobe hospital at 7 p.m. Sunday and it only took them five days to finish her off.

I hope you’ll forgive me for deviating from our scripted bereavements.

I know I’m supposed to say I wish they could have done more, that she was still with us, that I’m deep in mourning. And in some ways, I am.

Heck, I haven’t used an exclamation point in seven days.

But, honestly, hers was a very good death and just in the nick of time. She’d been slowly, but steadily and lately dramatically been succumbing to her dementia.

But with our help, she’d been able to live her last seven years on her own and free of all medical intrusions.

Our fears when they admitted her was how drastically that was about to change.

“Our best guess is she could hang on another six months,” one caregiver said.

I’ll let you imagine just how those six months would have played out.

We had one very bad night followed by two days of her being alert and feisty enough to make us all smile and laugh. I’ll most remember her in perfect pitch singing songs from “The Sound of Music,” which Josie had cranked on her iPhone.

Then it was two days of watching her sleep, the pulsing vein on her exposed neck growing more and more faint.

My brother Eric was there when she passed. He’d driven solo up from Nashville on  Independence Day and had presciently spent Thursday evening with her in hospice care, the unit to which they’d transferred her the day before.

I called him at 7:50 a.m. He said she’d awoken just once, at 9:45, and tried to get out of bed like she was intent on going on a soulful stroll. Mystics can surmise perhaps she was being beckoned to journey to some other place.

I told him I’d be over in an hour or so.

He called back 15 minutes later and said she was gone.

He was alone with her when she died and reported no profound last words.

Lucky for him the situation wasn’t reversed. Had I been alone with her at her passing, I’d have claimed her last words were, “Chris was always my favorite!”

I’m grateful for all the kind gestures of so many friends. They uniformly tell me they’re sorry she’s dead.

She spent part of everyday over the past 84 years either laughing or doing something to make someone else’s life better. She was a true angel long before she became an actual one.

Death is something even basic morons can achieve. But to live and live well in these troubling and divisive times is breathtaking. To laugh, to sing, to exalt, to revel as she did, ah, these are a few of my favorite things.

Understanding these combined factors make it nearly impossible for me to feel sadness usually associated with the passing of a dear loved one.

So, yes, to me it was a very good death.

But an even better life!

That exclamation point felt so, so good.

Mom’s fallen & may not get back up