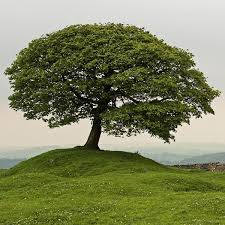 Got some great news the other day. Our girl has been accepted by the medical school at the University of Pittsburgh! We’re ecstatic and are already planning on stocking up on blue & gold sportswear for Saturdays this Fall.

This all comes as a bit of a surprise because our girl is 84 and she’s been dead since July 7.

These factors greatly diminish the chances of her being considered a walk-on candidate for Pat Narduzzi’s No. 24 ranked football team.

Of all the touching sentiments I’ve heard since Mom’s death, nothing pleases me more than the supportive ones about her adamant decision to donate her body to science through Humanity Gifts Registry of Pennsylvania.

People — including many doctors — are praising her for what they say is a bold act of selfless generosity. Given what she’s doing, there’s never been a more ironic use of the term “selfless.”

There is lots of sweet euphemism involved in this process so let’s be clear: my darling mother’s body will be dissected by med students in a process that takes as long as two years. Her remains will be preserved in the school morgue and hauled out any time school curriculum warrants.

Her body will give future doctors hands-on knowledge of human anatomy and how it works.

With her, they’ll see how the devastating result a simple fall can have on wrist bones weakened by osteoporosis. They’ll learn how to deftly remove cancerous tumors from elderly lungs. They’ll learn the disastrous effects pneumonia can have on senior breathing. Maybe some young genius will detect a subtle cause for the dementia that made her last decade such a challenge.

Yes, there’s a chance that the very cure for Alzheimer’s will come from the mind of Rachel Rodell.

The possibility is breathtaking, an apt circumstance for a woman who died of acute respiratory failure.

I’m not being sarcastic, either, about our enthusiasm she’ll be going to Pitt.

When this was all taking place, we were told nearby Pitt could not at the time accept the body. She’d have to go to the Lake Erie of Osteopathic Medicine — and when was the last time you heard of them snagging a bowl bid?

But this was important to us for reasons more pressing than hometown pride.

Partnering with HGRPA, recipient schools graciously host memorial services to express to surviving family members their gratitude. It promises to be a 13-hanky night.

One for me, a dozen for them.

See, until that night they’ll only think they so intimately know my Mom.

You can can spend 24 months surgically rendering her body clear down to the bones and not appreciate her spine. You can take apart her tender heart and still not know what made her tick. You can literally dig around in her brain and really not know a single thing about her.

Not until you talk to someone who loved her. It’s a role I’ll relish.

But it’s that way with each of us, isn’t it. We’re so much more than our puny bodies.

We’re giving them a 5’4, 100-pound husk of something that was once so loving. The body she’s donating has cancer, pneumonia, broken bones, etc. To medical students eager to learn about disease, it’s a real bonanza.

It’d be like someone giving you or I a new car that comes full loaded.

Alas, the really interesting part of the transaction may never be known.

Our mother and other donors, don’t look at body donation as a gift to a particular school or set of future doctors.

The gifts they give is to all of us.

But because she’ll be at Pitt for the next two years, we’ll now have some insight if we ever sense the Panthers are playing like a bunch of real stiffs.