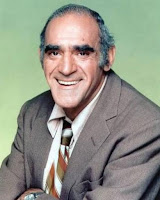 The Super Bowl has come and gone and I’m still feeling melancholy I didn’t have a team to hate since the Dallas Cowboys were eliminated. If the Pittsburgh Steelers aren’t in it, I need someone to hate or else I’m just adrift.

The Cowboys provide for me a near perfect hatred. I hate their history, their ridiculous stadium, their owner and their no. 1 fan, George W. Bush. If they ever show Dick Cheney and Ryan Seacrest yukking it up with Jerry Jones in the owner’s box, I’ll go delirious with hatred.

Next year’s Super Bowl is scheduled to be played in the new Dallas Stadium. I hope the Steelers play the Cowboys there and that Steeler fans outnumber hometown Cowboy fans by a ratio of 4-to-1. And that the Steelers win 77-0.

What’s to hate about the great New Orleans Saints? Nothing. I’m thrilled for them, their fans and the once godforsaken city I love so much. That party is going to blend right into Mardi Gras and last a month. I haven’t felt so like dropping everything and jetting to a party that didn’t involve me since the Berlin Wall came down.

What’s to hate about the Indianapolis Colts? They are a little bland for my tastes, but bland competence is so uncommon in professional sports it should be hailed as a virtue. Plus, I love the great Peyton Manning. He’s a class act, a devoted family man and a real professional dedicated to winning with grace and style.

And I was saying those exact same things about Tiger Woods right up until November 27.

• Watching the Leno/Letterman commercial had me feeling like two old friends of mine have finally made up after a ridiculous grudge. That whole thing was so unnecessarily bitter and tawdry, especially when all the principals are earning and will continue to earn fortunes. For the record, my preference list goes like this: Leno, Craig Ferguson, Letterman, Conan and Jimmy Kimmel.

• Budweiser’s ads were hilarious. I marveled at the tens of millions of dollars it must have cost to produce and air the spots. Still, if Budweiser never aired another commercial, I doubt it would lose a single beer drinker. Budweiser’s a national habit. I’ve been drinking beer since, oh, about the fourth grade. I’ve been subjected to probably a $1 billion in ads aimed at getting me to drink Bud. It’s never worked. I drink local second, fancy import third, and what whomever’s buying first.


• In five years when the latest American Idol is performing the halftime extravaganza, we’re going to look back on this as the golden era of halftime shows. Paul McCartney, The Stones, Tom Petty, Bruce Springsteen and, yes, The Who. It’s not that The Who was bad. It’s that they’re not right for the venue. Their best songs top out at eight or nine minutes and don’t lend themselves to snappy little renditions. Their uneven performance wasn’t a sign that they suck, it’s a sign that the networks have run out of acceptable options. Look for Jimmy Buffett next year.

• This was the second year in a row when there wasn’t a single funny monkey commercial. I am again crushed. I swear, I’d run out and buy truckloads of feminine hygiene products if a really funny monkey subliminally suggested I ought to.

• Every time they show smiling and voluptuous cheerleaders, I cheer the fact that the Pittsburgh Steelers don’t have these silly silicone distractions at our home games. Professional football’s all about ugly. How else can you explain guys like Bill Cowher getting so much face time?

• It could be argued that the commercial-vanquishing DVR is perhaps the second greatest invention of all-time behind Caller ID, or as I call it, “The In-Law Detector.” Still, if commercials were as lively as they are during the Super Bowl, I’d ditch the feature. It’s insane, but the commercials are as big as the game.

• Without ever bothering to look it up, my wife and I have wondered for years if Abe Vigoda was dead or alive. Thanks to computer animatronics and despite his ad with Betty White, I’m still not sure. And I loved The Simpsons/Coke ad.

• I still enjoy a really good college marching band, but one of the best half-time shows I’ve ever seen at a professional football game was a 10-foot baby race. I watched in horror as they rolled out the mat at mid-field and brought six infants and lined them up in their designated lanes opposite their coaxing mommies. What looked absolutely ridiculous became oddly compelling and I admit I felt small when I heard myself yelling at No. 4, “Get your diapered little ass in gear you little son of a bitch!” I don’t remember who won the game that day, but I remember the kid came in second.
Posted by Chris Rodell at 10:33 AM

“Get your diapered little ass in gear you little son of a bitch!”

Had me laughing so hard I cried! Thank you.

Tia, I couldn't think of a better compliment that didn't offer an exchange of money. Have you ever seen one of those? They're great! Really, I thought it was going to suck, but it became so hilarious. Two kids just sit there, two crawl and cry and two really take off. The whole crowd at Heinz Field in Pittsburgh were enthralled.

yeah my son was actually in one once. But I don't think anybody yelled anything much more than "Go!" or "Move!". :)

Cool, Tia! How did he do? Really, I'll never forget that. How funny!