Grammy thoughts: Recall all music since '86 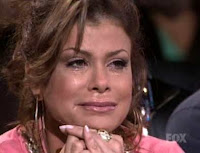 I wonder if it would be helpful to our national psyche if taxpayers bailed out the music industry the way we bailed out Detroit.

Really, if one industry should be investigated and forced to issue massive recalls, it is the music industry. They should recall everything they’ve released since about 1986.

I watched about 30 minutes of the Grammys last night and am dumbfounded at the state of this once vital part of daily American life.

Of course, the Grammys have never been about enduring music. The five Grammys Beyonce won last night put her total at 16, three more than the combined totals of Bob Dylan (9), The Rolling Stones (2) Elvis (1) and The Who (zero).

I complain about this for purely altruistic reasons. See, I have my music. My iTunes library has nearly 8,000 songs. If they stopped making new music today I’d be fine.

In fact, I’d be grateful. There’s so much bad music in the world I go through life in a defensive crouch. It’s at the gas station. It’s in the grocery store.

And it’s in the local roller rink where I had to sit for two hours while my 9-year-old daughter attended a classmate’s birthday party. To pass the time, I brought along Timothy Egan’s fine book, “The Worst Hard Time” about the survivors of the catastrophic Dust Bowl.

It says something about popular music that I felt a kindred sort of spirit with them as I sat there in the frigid rink.

The rest of the songs could be traced to the two most pernicious influences on American music today: “American Idol” and Radio Disney, both of which were on display at the Grammys.

The reach of “American Idol” was evident when two of the five artists chosen to salute Michael Jackson were AI offspring Carrie Underwood and Jennifer Hudson. While Smokey Robinson, Usher and Celine Dion made understated and dignified contributions, the AIers were so over-the-top I thought the camera was going to pan to a shot of Paula Abdul weeping with elation.

She’s an appealing girl, but when she opens her mouth to sing I reflexively head to the garage for a can of WD-40.

Repeated exposure to Radio Disney products has moved me to urge a drastic mandate that nobody should be allowed to make any music until they are mature enough to have at least shaved something.

Because we’re on the precipice of a vast musical gulf. On one side are the classic rockers who’ve done their part. They can’t live forever, although if anyone can, my money’s on Keith Richards.

And on the other side are the synthesized products being offered by AI and Radio Disney.

There’s nothing in between. Once the legends die, there is no one to take their place. It’ll just be a steady stream of the none-tonal tedium music industry executives impose on our culture.

We need a purifying moratorium on new music for 10 years. That will encourage the grass roots to grow. The time’s never been more ripe for a new Elvis to organically arise and electrify the world.

The ban does not apply to the classic bands -- The Stones, Petty, Dylan -- who are grandfathered in.

The exception is offered because of their illustrious musical contributions and because, hell, most of them are already grandfathers anyway.
Posted by Chris Rodell at 4:12 PM

I understand and respect your insights about these artists and awarding stuff. I guess you'll be delighted to have your own global forum about your interest just like movie industry and more. See for yourself and make the most out of it.

Thank you, Mitch. I'll look froward to checking out the site. Best, Chris