I had the right to remain silent: arrested again 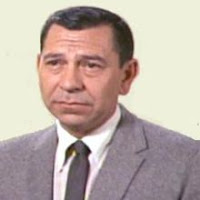 Despite my self-conviction that I’m a really great guy, I keep getting insistent reminders that I’m not. The latest came Thursday night and was enforced by a guy carrying a badge and a concealed weapon.

Yep, just two weeks after blagging (bragging on my blog) about my get-out-of-jail-free card from a friendly state trooper, I got busted again.

And this time I could wind up back in jail.

Unlike my 1986 arrest, I wasn’t tipsy or rendering general mayhem.

Goldangit, I was being, yep, a really great guy.

I was trying to sell $300 worth of Pittsburgh Steeler tickets to friendlies for just $200.

Anyone who channels Richard Nixon to bolster moral arguments is on shaky ground, but let me make this clear:

I am not a crook.

Of course, the undercover cop is going to swear in court I am.

Here are the facts:

The criminals who run the National Football League commit extortion on their best customers by charging us full price to see utterly meaningless exhibition games contested by burly men who in four weeks will be back serving as bouncers at strip clubs across Dixie.

For years, my cousin with whom I share four valuable season tickets, and I would give away these tickets for free to families who might never get to attend a professional football game. We try and give them to fathers who’ll take kids because that’s the way our Dads got us into the game.

It makes us feel good (like me, my cousin’s a real sweetheart, too).

But with prices reaching $75 a ticket and zero income, I felt a mercenary tug that overshadowed my good intentions.

So I tried to sell the tickets in ways law and custom allow.

I tried selling them on Steeler ticketexchange.com, but was told the software was down. The site allows fans to bid on the tickets. Conceivably, I could have made an indecent profit and it would have been perfectly legal.

And I crapped out with all my friends.

I theorize everyone has a nice big screen TV at home now and would rather drink free beer than the $7 ones the crooks at Heinz Field charge for warm stadium brew.

I don’t blame them.

So I talked a buddy of mine into come with me. We’d take what we could get and watch the game in a lively Steeler bar.

At first, things looked promising. The professional scalpers were buying tickets for $25 a piece. I figured a respectable gentleman like myself could get $50 a piece, but I wasn’t going to be picky.

I stood on the sidewalk and fanned out the tickets to see the six-time Super Bowl champion Steelers play an exhibition re-match against the Phoenix Cardinals, the team they’d beaten in February’s championship.

A couple guys balked at my total. That’s part of the game. It’s a negotiation. I was unconcerned.

Some fresh-faced kids with a hand-made sign saying, “We Need Tickets!” approached. They looked perfect. But they said $200 a piece was too steep.

But they did not.

The next man to approach had a Hines Ward no. 86 jersey on. I have one, too! I love Hines.

He pulled a Pittsburgh Police badge from under his jersey and said, “You’re under arrest. Come with me.”

I was being arrested by Hines Ward!

Had I been thinking instinctually, I'd have just took off. I think I could have out run the cop and the whole thing could have been averted. Plus, I could forever brag about the day I outran Hines Ward.

The officer told me I was an unlicensed vendor. That I was trying to sell my own tickets (I had my season ticket cardholder ID on me) for less than I paid for them mattered not.

Nor did my get-out-of-jail free card. He didn’t even look at it, and now I’m relieved I didn’t try and rob any banks on its illusory protections.

I have to appear in court. One licensed scalper said the fine could be as high as $300.

I’ll not blog about this again until the issue’s resolved.

I am willing to go to jail over this. Because I intend to express my heartfelt contempt for any judge that doesn’t summarily dismiss this ticket.

As I am unschooled in the ways of the court, I’ll be unable to express that emotion with fancy legalize.

But, believe me, I’ll get my point across to the presiding authority.

I’ll moon the old bastard.
Posted by Chris Rodell at 9:46 AM

I hope the, "old bastard" does not have internet access.

Additionally,I am trying to book you a guest spot on Mike & Mike.