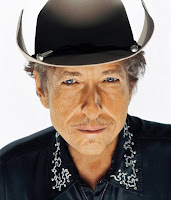 I’ll stand those words up against “Silent Night” as the sublime essence of 21st century Christmas any day.
Still, I have to be fair. It’s a Christmas song so that rules out The Kinks.

I can name one other pretty famous Jew who never did much of anything during his life to celebrate Christmas.
Posted by Chris Rodell at 10:07 AM

Ok, Chris, now I have to go dig up my favorite Christmas tape, buried somewhere; it's an all jazz and bluesy done by the greats.

Now, THAT's music to my ears. My late father passed along his love for Stan Kenton's Big Band Christmas.

heehee, found it, Chris, it's called "A Creole Christams"

Excellent! Those are wonderful artists. I hope I'm at the party when someone tasteful puts that one on. And I hope it's in the French Quarter.