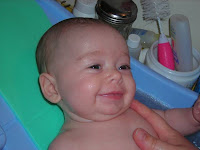 It was earlier this summer when I was delivering some papers to the registrar at the Pittsburgh school where I do some occasional teaching. It had been a hectic day of heavy traffic and fruitless productivity.

The secretary informed me I had the wrong paper, the designated envelope was missing and I’d need to try it all over again during a second trip into town early the next day.

Out of harried frustration, I remember blurting out, “Geez, this just hasn’t been my decade.”

Has it been yours? Chances are, no, it hasn’t either.

I don’t by a longshot remember a less joyful decade during the more than 40 years since I was thoughtful enough to climb up off my Big Wheel and take an observant look around.

There’s been 9/11, the catastrophic break-up of the Space Shuttle Columbia, Abu Ghraib, Baghdad suicide bombers, Guantanamo, a train wreck economy and now Mumbai. It’s getting so that reading the newspapers, a once daily joy, has become something to be dreaded for those of us steadfast enough to still read the -- and here’s another bummer -- the rapidly disappearing daily newspaper.

But I’m not going to give into pessimistic impulses. No, I’m feeling strangely optimistic that we’ve hit bottom and me and you are going to begin embarking on an exciting rebound. So in advance of all those grim 2008 year-in-review stories with which we’re all about to be inundated, here’s some of the really great things that sparkle among the news rubble from the past eight years.


• Y2K turned out to be a really swell party. It’s easy to forget the chaos and hysteria many experts predicted for that pivotal day. Planes were going to fall from the sky. Banks were going to misplace our savings. Missiles would inadvertently launch. I didn’t buy it then and Val and I, childless at the time, enjoyed a wonderful citywide party in downtown Pittsburgh and got to laugh at all the doomsayers buried in their bunkers.

• Cool numeric dates are happening with a fun frequency. I just spent an afternoon with an old friend and his wife who eloped on 01-02-03 so they’d never forget their anniversary. Neither will I. I don’t think we’ve ever reached any consensus on whether we’re going to call this decade “The Aughts,” “The Zero’s,” or “The Ohs,” (may I suggest “The Oh S---ts!”), but I enjoy these quirky dates. Next up, 07-08-09.

• The Quecreek Mine Rescue answered many prayers. That happened about an hour from my home and I was summoned to do some reporting on it. I’ll never forget the surprise I felt when I noticed tears running down my cheeks when Pennsylvania Gov. Mark Schweiker announced all nine miners were alive. I interviewed one of the survivors and asked the routine question of what he thought about during the long hopeless hours. He said, “I thought if I ever get out of here alive I’m going to spend the next six months getting stoned immaculate.” Two weeks after being rescued, he was well on his way.

• The iPod came out in 2001. I love the fact that I can carry the entirety of my 7,500-song music library in my pocket. I plug it into my car or my home or office stereo (I don’t use earbuds, preferring to remain engaged to the world around me) and just thrill to its flexibility. Now I wish Apple would move on to more substantial innovations. Like Thomas Friedman says, “I want my iCar.”

• Warren Buffett announced he’s giving away his entire $40 billion fortune to The Bill and Melinda Gates Foundation and other charitable endeavors. Sure, it’s doubtful I’ll see even a measly dime of it, but it’s a great gesture, one that I hope more and more well-off philanthropically follow. I’ve read that our goal in life should be to die the instant our last check bounces. It’s maybe the one thing Buffett and I now have in common.

• The New England Patriots won big games and Super Bowls when their team and their fans were fresh and deserving and are losing them now that they’ve become either obnoxious, cheaters or both.

• My weasley U.S. Senator Rick Santorum lost and Barack Obama didn’t. I don’t think it’s possible to underestimate the historical significance of the first black man being elected president. I only hope it portends good things for all of us.

• O.J. Simpson got convicted of doing something substantial and the authorities still don’t have a clue on the whereabouts of D.B. Cooper.

• Environmental awareness became a major topic at both kitchen tables and boardrooms around America. It doesn’t matter if it causes global warming or not. We can all do better.

• Tiger Woods continues to amaze, winning with grace and style.

• None of the reliable music giants have stumbled in the past eight years. There’s been some great music and performances from The Rolling Stones, Bob Dylan, Tom Petty, Bruce Springsteen. And underappreciated geniuses like Van Morrison and Mark Knopfler just keep getting better and better. Honorable mention to Steve Earle, The Dixie Chicks, Todd Snider and Quinn Fallon.

• Amtrak is thriving. I’m a train nut and take it to New York City from Latrobe at least once a year. The country is better off if more people try the trains because there’s no such thing as train rage. I remember in the really dark days when my train was about six hours late. I boarded expecting anarchy. Instead, all was festive. I asked my seatmate why no one was angry. He said, “Well, everyone’s upset when they get on, but then they find out they’re giving away free chicken up front. Free chicken!” I jumped up and got some. It was pretty tasty.

• No new U.S. terror attacks since 9/11. I remember waking up on 9/12 and wondering if the Empire State Building would still be standing. Was it the war in Iraq? The Patriot Act? Torture at Guantanamo? I’m loath to credit any of those overreactions and I don’t think there’s any simple explanation. But it’s been unabashedly good news that we’re all still too nervous to acknowledge.

• I can’t remember the specifics, but I seem to recall a beached whale or two being saved.

Finding good news isn’t easy. I wish my list had more euphoric events like the Quecreek Mine Rescue, but I blame the times more than my desultory research.

But I’ll welcome any additions to the good news from the bad decade.

And let’s hope for one and all the good news isn’t quite so scarce in the next decade.
Posted by Chris Rodell at 12:23 PM

On behalf of Exile Productions and Exile Publishing, many thanks for plugging Van Morrison and, for your readers’ info, up-to-the-minute news on Van’s latest album - Keep It Simple - and 2008 shows is, of course, available on www.vanmorrison.com and www.myspace.com/vanmorrison and, for a limited period, you can still see Van's exclusive BBC sessions at http://www.bbc.co.uk/musictv/vanmorrison/video/ . We’re also pleased to announce that an increasing archive of exclusive film footage of Van Morrison performances has now been made available for fans on Exile’s official YouTube channel at http://uk.youtube.com/user/OfficialExileFilms .

Thanks again for your support.