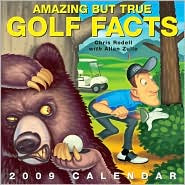 I'm destined to become a fine and portly fellow if the dignity behind my Dashed Hope Fund idea is ever recognized.

Beginning January 1, it’ll be my policy to invoke the D.H.F. anytime someone calls to say they want to use one of my stories. It’ll be triggered after they flatter the story, assure me it’s going to run and that they're going to pay me a generous sum.

That’s when I ask them to pay the fully refundable $70 D.H.F. “The fee,” I’ll explain, “is enough to allow me to take my wife out to a swell little Italian restaurant where we’ll stuff ourselves with pasta, hearty Talonica bread and a nice bottle of cabernet. I’ll tell her the good news about the story. The fee also includes a 20 percent tip for the underpaid/overworked waitress who’d rather be home with her kids than out bringing us heavy plates of excessive calories. I’ll refund the fee in its entirety once you pay me the money you’ve promised.”

It’s seems perfectly fair to me. There’s just too many times when editors enthuse about using one of my stories and then dash my hopes, not to mention my solvency, by backing out for reasons usually left deliberately vague.

I've written more extensively about the D.H.F., most recently on Nov. 3 posts, and will link to it once I figure out how to link without revealing the e-valanche of cumbersome coding.

To be honest, the following story might not even qualify. An editor at Sports Illustrated said he "thought" they’d use it in December. He made no promises. He’s used my work before and I’m optimistic he will again.

Still, my hopes are once more dashed, and that poor, hardworking waitress is going to be out another $15 tip she could have used to buy Christmas presents for her kids.

Dashed hopes are no fun.

Here’s the story. It’s about the little page-a-day golf calendars I’ve been writing for the past 10 years. Check it out:


Did you know that Jim Thorpe’s massive mitts can palm eight golf balls each? That actor Will Smith is such an avid golfer he built a $250,000 green and range complex in the back yard of his Beverly Hills home? Or that a standard golf hole measures 4.25 inches in diameter and is capable of holding a quartet of aces all on the same hole? (It hasn’t happened yet).

That’s because this’ll mark the 10th year I’ve been commissioned to do the popular “Amazing But True Golf Facts” page-a-day calendars you see scattered on desks of golfers all across America. So, just as I have since 2000, I’ve spent the past three weeks scouring a year’s worth of golf magazines, notes, newspapers and websites that hint at provocative anecdotes.

I’m not looking for fairly common items like Ben Hogan used to caddie for Byron Nelson, that Mark O’Meara loves flyfishing or other stuff you’ll find in the PGA Tour media guides. No, that won’t do.

I’m seeking the truly arcane, the perfectly obscure, the nittiest of the gritty. And pity yourself if you happen to be golfing with me when I’m on the hunt and the trivially true I try to suppress comes bubbling to the surface.

Tell me the 519-yard par 5 plays longer than it looks and I’ll say, “In fact, the longest golf hole in the world is a 964-yard par 7 at the Satsuki course in Sano, Japan, but Chocolay Downs in Michigan is planning 1,007 yard par 6.”

Complain you’re having a bad day and I’ll gratuitously say, “A truly bad day is April 14. That’s the day Abraham Lincoln was shot, the Titanic was sunk and Greg Norman squandered a six-stroke back nine lead to blow the 1996 Masters. So historically speaking, this is not that bad of a day. You’re just a lousy golfer.”

Tell me to shut up and I’ll ask if you’re invoking obscure rule 33-7 that allows for disqualification for etiquette breaches that include nonstop yappery.

I pride myself on trying to make each day, especially holidays, relevant for the readers. For instance, for Halloween I noted that Boo Weekley’s real name is Thomas, and during the shopping season that logo balls from Christmas Lake G.C. in Santa Claus, Indiana, make great stocking stuffers.

And most readers might be surprised at the ethics of calendar. Franchise creator Allan Zullo, who oversees the project, and I take pride in never repeating items. We want to fastidiously ensure no reader who bought and saved a 2003 calendar will play “Gotcha!’ because we repeated in 2009 that North Korean dictator Kim Jong Il claims to have shot a 38-under par 34 at Pyongyang (we duly note that Dear Leader's not finicky about obeying international nuclear treaties so some scorecard chicanery might not be out of the question).

I know, as few people do, that Richard Nixon said that getting an ace in 1961 was the biggest thrill of his life, that Bill Clinton said golfing with Arnold Palmer was among his, and that Dan Quayle, a 7-handicapper, has said he wouldn’t be opposed to a Constitutional amendment preventing cell phones on the golf course.

Incidentally, when I recently interviewed Palmer, I was stunned to see one of my golf calendars centered on his desk where most people keep a computer terminal. I told him I was flattered.

He reached into a desk draw, pulled out a thick stack and said, “Not only do I read it, but I keep a bunch of them for reference.”

Amazing, but true.
Posted by Chris Rodell at 2:19 PM