January Tweets of the Month! 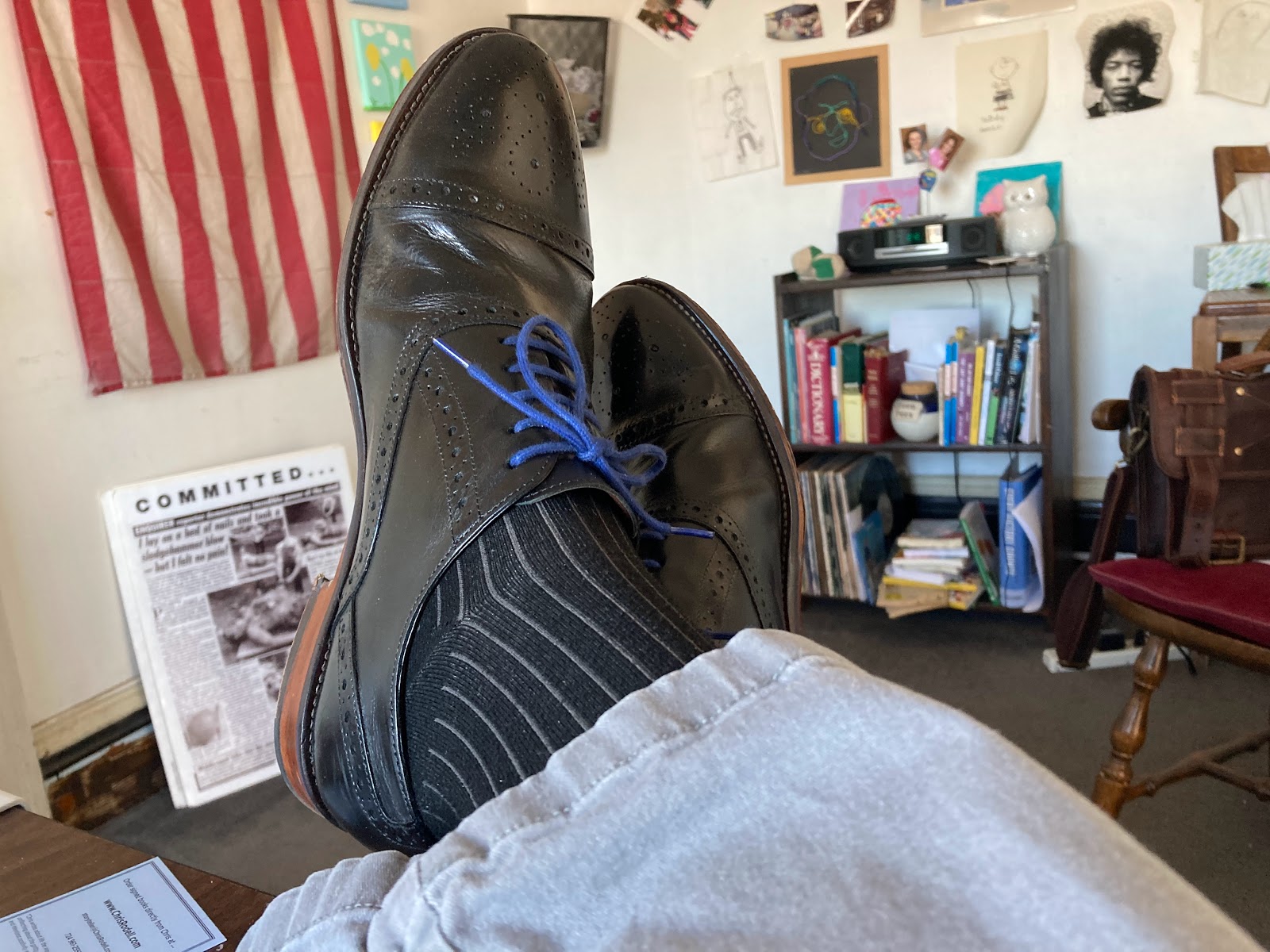 • That tears come in only one flavor -- salty -- is a design flaw useful only to those who feel a profound sadness over things like pretzels. In the future we'll all be able to select flavors like we do at the movie theater soda dispensers.

• By many bottom-line standards -- income, sales, bookings -- I'm what many people would consider a failed writer. They are mistaken. I'm a failing writer. I won't be a failed writer until I give up. And that'll never happen.

• For the litany of health benefits it is known to bestow, I have for about four months been going to the gym 5 or 6 days a week. Biggest change I've noticed so far? I'm getting real good at counting to 12!

• On this chilly winter day I just saw a man at the bus stop wearing nothing but a  musical bellows. He was dressed accordioningly.

• I’m a confident enough husband to understand my spouse is bound to consider how the "grass is greener," yet wise enough to discourage her from linger looking lest she realize - not only is grass greener - but it is also mowed, raked & mulched by a dude who also manages a real job

• A careless gesture at the drive-up ATM left me with the decision to either cancel and start over or conduct my high-stakes transaction in a foreign language. My choice? Adelante! What did I learn from the challenge? I'm just as broke in Spanish as I am in English. No me gusta!

• A sweet, devout woman confided that she daily prays for me by name. I'm touched but, given my circumstances, can't help but wonder what she prays will happen. Well, today it was revealed. In honor of Steeler Chris Boswell's game-winning OT kick, Primanti Bros. is giving away one free sandwich to anyone named Chris or Boswell -- so I qualify! Hallelujah! #FeelingBlessed

• I suspect that old adage about making your bed every day to gain the mindset of accomplishment is perpetuated by true achievers who score actual accomplishments while the rest of us are making our beds.

• We used to snobbishly brag how we never watched TV. Now we speak almost exclusively in movie reviews.

• A friend just posted she and a buddy have been stuck in I-95 gridlock for 3 hours. Haven't moved an inch. I said it'll be tolerable until one or the other begins to consider the Donner Party option. Question: If you had to resort to cannibalism, would you rather consume a chum or someone you despised? Would you prepare the meal differently?

• Mallberg ahoy! I always thought the perfect crime would be to become a contract snow removal guy and then the day of the first big snow getting drunk with an adversary in his or her car. Then you entomb the vehicle in the mallberg snow with the passed out victim inside. Crime would go undetected 'til the April thaw. It's a very Edgar Allen Poe sort-of crime. And, yes, I realize I should not suggest scot-free crimes against willing drunks in a forum where my wife could see them, but the idea is too strong to conceal like, say, a car deep in a random mallberg.

• I can forgive "tea" with its two additional letters because they differentiate it from "tee." But I become furious any time logic demands I type "queue" with its FOUR useless letters for a word that sounds like Q. My advice: just use line instead. That's your Q-tip for the day.

• I wonder if at the end of our lives as time runs out how much we'd give to have back all the time we wasted hoping some unpleasantness would end. What would we trade for all those hours we spent watching the clock, hoping a dreary class or day at work would finally end. I imagine it's a very poignant regret for many. Not me. And nothing will get me to sit through "The Irishman" again.

• I’m unfamiliar with the procedure, whether it involves either a seamstress or an exorcist, but I have to imagine when one "darns" a sock one is condemning the sock's soul to heck.

• Anytime I hear someone in charge say it's time to "re-think" a misguided decision, I automatically assume zero actual thought went into the original decision.