Checkin' in on New Year's: Was there a Year Zero? 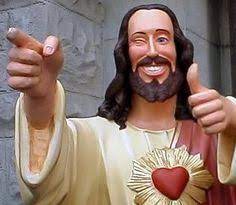 As other revelers were nursing hangovers, making resolutions and game-planning for a new year’s worth of unpredictables, I did what on New Year’s Day I customarily do.

I got out my checkbook.

I wasn’t feeling philanthropic. I was feeling Gregorian.

I do so because it usually takes me till May before it sinks in that the year has rolled over. Before, I would for months thoughtlessly scribble the previous year in on checks and other documents, revealing myself to be a moron. So one day I, with Yoda-like wisdom, figured I could write them in all at once and — Voila! — never worry again about the petty nuisance.

And when I’d conclude this little exercise, I’d always think the same thing: if this gives me so much trouble how would I have survived Year 1 BC to Year 1 AD?

Thus, I’d start each new year swathed in confusion and pointless speculation about Year Zero. Didn’t there have to be a Year Zero?

I imagine it would have been cool to have been born in the Year Zero. But how would it have felt to be born in Year 20 B.C. only to learn you’ve been living in reverse? Just as you were about to reach what I assume was the legal drinking age, they tell you, boom, you’re 4!

I wonder if people were as crabby back then as we are now. Food was scarce. Disease and injustice rampant. Now factor in how discontented the populace would be if the Nazareth Steelers were out of the playoff picture.

And into this malicious milieu comes word that that, oh, by the way, we’re changing what year it is. Changing the calendar would have likely been controversial.

What was wrong with the old calendar?

It’s as confounding as the anecdote a mysterious old drunk told me in a San Antonio honky tonk as he was explaining to me the illusory charms of desolate West Texas.

“There’s a place out near Lubbock that is so flat that on a clear day you can see the back of your own head.”

Of course, the year conundrum dates back to a charismatic leader who was worshipped as god-like by devoted followers who’d swear he was capable of walking on water.

Shame on you if you think I’m talking about Trump.

It was Jesus. Believe or not, but there was a man whose time on Earth was so consequential they changed the entire calendar.

“There is no "zero" year -- in this system, the year Christ was born is 1 A.D., and the year preceding it is 1 B.C. This practice was first suggested in the sixth century A.D., and was adopted by the pope of that time. It took quite a while for it to become a worldwide standard, however.”

That’s just some of the things that ricochet around my noggin as I’m making sure my checks are properly dated.