I'm lazy, you're busy. Which is worse? 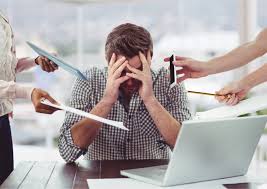 The story has now become legend and is recounted scornfully whenever I encounter any of the principles or their descendants in public. The details are intended to embarrass.

Don’t they understand it’s impossible to embarrass the man whose entire career has been one long self-inflicted embarrassment?

Here’s their version of what happened.

Twenty-five years ago, Val and I lived in a small house that shared a common drive-way with two other families that had 2 teen girls apiece. One of the women was divorced, the other had (still does) a great husband. And it was idyllic.

We all got along, supplied tools and recipe ingredients when needed and without fail exchanged waves and pleasantries with every encounter.

No one ever mentions any of that.

All that’s mentioned is the snow.

Now, winter snow is not uncommon here in western Pennsylvania. It wasn’t an unusual snow. It wasn’t life-threatening. No one lost power or had to consider the cannibal option when the fridge went empty.

It was just a normal snow. As I recall it, it wasn’t even winter. It was on the cusp of spring.

Val was working and I was home alone — and those are circumstances that could apply to most any story involving my wife and I.

But one of the neighbor women came up with the grim thought that the adults (the husband wasn’t there) and one or two of the kiddos ought to clear the 125-foot gravel-based driveway of snow. The other concurred.

I guess they thought that I, the by default Alpha (lone) male, would see them toiling spring into action and like the fabled John Henry, that steel-drivin’ man, blast a path through the snow spacious enough to accommodate the family jalopies.

What didn’t I do?

Lift a finger to help the fair damsels out of their self-imposed distress. I did,  however, lift a different digit. I remember going to the window and giving them the thumb’s up for their efforts.

I suspect my thinking was along the lines of my late father who at some point in the late winter would just surrender his snow shoveling duties and say with admirable wisdom, “The good Lord put it there, the good Lord can take it away.”

I must have inherited the mindset from the old man. If I did, it’s all I inherited. He never earned enough to leave his impoverished children a single red cent

As they say, the apple doesn’t fall far from the tree.

I mention this story now because there’s a sickness racing through the country, one that can’t be cured with masks, Fauci-approved vaccines or horse-deworming agents.

People are afraid to be lazy.

Chances are you’ll correspond with at least five people today and you’ll out of habit and politeness ask, hey, how are you doing? And, guaranteed, each one of them will respond, “Busy!”

We want people to think we’re industrious, productive, always on the go! Go!Go!

It’s as if giving the impression that we have idle time or are relaxed or unstressed is some kind or crime against nature.

At this point, I must reveal the little conspiracy you and I share: if either of us ever says we’re busy, it’s an obvious lie. How so?

If you have time to read this far into my blog, you’re never truly busy. And if I have time to compose it, well …

You want busy? Go back just three or four generations. None of us is as busy as our ancestors — our female ancestors.

Many of our great-grandmothers had to lug heavy water pails from the backyard well, chop firewood to heat the water and break out the gnarled wash boards  to wash the family duds.

Imagine the godsend today’s washers and driers would be to them. Given the spare time, I doubt they would have spent it, say, washing a mule.

No, they would have likely fixed themselves a turn-of-the-century martini, put their aching feet up and waited for Ellen to come on. The wait, by the way, would have been roughly 95 years.

They would have reveled in their leisure. They would think our work-obsessed culture was insane.

If you find yourself pretending you’re always busy, I’d urge you to practice what I call strategic laziness.

I deploy it any time I scheme to get out of work I consider unnecessary or otherwise stupid. It’s a combination that involves one part reasoning, one part resentment and three parts delay, delay, delay. It sounds easier than it is. Ironically, avoiding hard work is hard work.

Resisting being goaded into shoveling snow that in one or two days will disappear without my intervention is a perfect example.

I reasoned I’d be more comfortable inside, rather than outside shoveling; I resented the implication that I should shovel due to some misguided idea of foolish chivalry. And because I’d committed to delay, delay, delay, I knew the job would get done without me.

I wish I could say during those two hours I divined some idea that will eventually benefit all mankind. But really, I think all I divined was it’s unwise to let Otis the ton drunk in the Mayberry jail when the dynamite-eating goat is in there, too.

Score one for strategic laziness.

It’s necessary because we live at a juncture in history where it’s truly possible to be  busy around the clock.