I told black man they all look alike 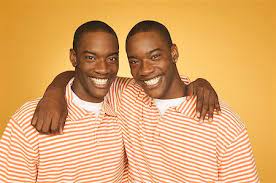 I was yesterday guilty of saying one of the most stereotypical racist statements from our long shameful history of bigotry.

I told a black man they all looked alike.

And it happened right here in the Tin Lizzy, a bar where guys like me are outnumbered about 25-to-1 by Trump lovin’, Ashli Babbit reverin’, insurrection plottin’, Fauci-hatin’, vote suppressin’, Cyber Ninja-cheerin’, armed-to-the-teeth, er … drinkin’ buddies!

I may be exaggerating a bit. Using the plural teeth with some of them is a tad extravagant.

The point is I’m the last guy anyone there would think would utter a racist remark to a black man.

Here’s what happened. I was meeting another old white guy for lunch. Seated at the bar was a younger, maybe 30-ish black man. This was, in fact, remarkable. It’s rare to see his kind in the Tin Lizzy.

He graciously moved down one stool to make room for me and my friend.

Then he asked me if I thought he smelled bad.

I took a big sniff and told him, no, he was odor free. It was, to me, a peculiar introductory question. But I rarely encounter any black people in my lily white world and didn’t know if this was a customary ice-breaker.

Then he told me four hours previous he’d been skunked. His pit bull, one with apparently malfunctioning taste buds, had seized Pepe Le Pew in its mighty jaws. The skunk reflexively began to defend itself the only way it could.

It began to spray. All over the dog and my new friend.

“I took four showers and I wasn’t sure I got it all,” he said.

I congratulated him on his thoroughness. The dog?

He found a service that would clean it for $40, a real bargain we agreed. “I’d have paid twice that.”

(Note to fans of moronic sitcoms: Bathing the skunked animal in tomato juice does NOT work.)

So he’d told me a good story so I decided to take affirmative action. I stuck my hand out and said, “My name’s Chris.”

We shook hands and he said he was Darren.

“Yeah,” I said, “I’ve seen you downstairs. Nice to meetcha.”

“Not me. Must be someone else.”

But I was embarrassed. Here I was, a white man getting red-faced in front of a black man. We were trending toward using all the crayons.

Really, it’s a shame that I live in a place where seeing a BIPOC — just learned it (Black, Indigenous People of Color!) — is an exotic event.

Many of our leading racists would have us live in a land of strict segregation. They see it as our only path to racial peace.

I’m the exact opposite. I’m for lavish mingling.

If it were up to me I’d be in charge of an exchange program where vans full of urban BIPOCs — I love typing this! — would be bussed from, say, a bar in Pittsburgh’s Hill District to Mr. Rogers’ Neighborhood.

Then a bunch of us POPIBAAs (Paunchy Old Palefaces Immobilized By Age/Alcohol) could head to the city on a cultural exchange program that would bridge so many hateful and useless divides.

We could explain to them why so many conservative whites are furious when store clerks say “Happy Holidays!” instead of “Merry Christmas!”

They could explain to us why so many liberal blacks are furious that conservative whites keep murdering their unarmed brothers and sisters for jogging in neighborhoods with a high percentage of Buicks parked in the driveways.

If nothing else, I hope my friend Darren comes around.

I could teach him how to appreciate fine craft beers brewed here in the Laurel Highlands.

He could teach me how a young black man gets around in a world where so many people hate him just because he was born black.

And it’d be great if he could teach me how to recognize the differences between him and that other black dude.