On July 4th, my response to a decorated officer hinting I'm un-American 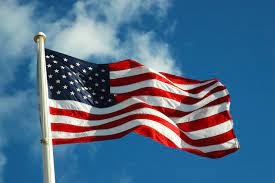 I had a disheartening encounter with an illustrious and once-avid reader this week who declared me as anti-American over — take a wild guess.

Yes, it all comes down to Donald Trump.

Did you think we were at odds over the legacy of Alex Trebec?

This fresh antagonist is a lavishly-decorated, recently retired officer. He served with distinction over the last four decades. He’s been on the front lines of freedom. I’ve bragged about having him as an enthusiastic reader of my stuff.

Were we close? No, but I’ve stayed at his house and have enjoyed golfing with him.

So I was blindsided by his e-mail ending our friendship and stupefied by the reasoning.

“Chris, I see you applaud Obama and stomp Trump. Kindly take me off your mailing list. I happen to believe in this great country I proudly served. Good luck.”

Hear me out: I strive to keep my newsletter/blog/books free of partisan bile. There’s plenty of it elsewhere and I don’t feel obliged to pile on.

Plus, it makes zero sense for a guy cravenly interested in growing his readership to routinely belittle roughly 50 percent of his potential customers.

And — get this — I’m proud I count among my readers many Trump supporters. Although the notion is becoming increasingly quaint, I happen to believe we can still find common ground upon which we can all unite.

(By the way, I’m proud that so many of you town drunks out there read my blog, too. I approve of diversity on both my Supreme Court and blog stats page so “Cheers!”)

So there was no applauding Obama, nor stomping Trump in any of my 2021 public posts.

Could he be referring to a mild e-mail exchange?

I’d in my newsletter included a link to this blog, “Greatest American Speeches & Why Mine’s Better.”

Now, unfriending me for bone-headed audacity, that I get.

The story prompted him to send me a link to North Carolina Lt. Gov. Mark Robinson speaking. Here’s an example of his powerful oratory.

My then-friend’s note read: “You mentioned in last ‘Crayons’ great speeches. This eclipses anything Obama ever did! My opinion!”

My response: “Powerful and well-reasoned. I've never heard of him. I remember being moved by Obama's ‘Amazing Grace’ speech; Reagan's ‘Challenger;’ and I liked Sen. George Mitchell's Iran-Contra takedown of Ollie North.”

And because bone-headed audacity never sleeps,  I concluded with “And my ‘Crayons!’ speech is still better!”

Can anyone in any of this point to a “Trump stomp?” And is writing in a personal e-mail that I was “moved” by an Obama speech upsetting enough to cause hysterical over-reaction.

Is it now infuriating to admit to admiring a devoted family man who was twice and by commanding majorities elected POTUS?

What? Has he been spotted ordering take out from Comet pizza?

We naturally and justifiably defer to the men and women who serve and sacrifice.

Well, not double-amputee U.S. Sen. Tammy Duckworth (D-Illinois) we don’t, but this is no time to muddy the narrative.

But if a decorated officer infers I do not love America because my opinion differs from his shouldn’t it be taken at face value ?

After all, I’m just a blogger who votes, and a not very enterprising one at that. Yeah I voted for Joe Biden, but couldn’t figure out a way to do it more than once.

Of course, this makes what I’m about to say all the more difficult.

Because I’d default side with my esteemed friend on any issue involving national security, foreign alliances and which club to use out of the green-side bunker. He is an accomplished and charismatic leader.

But when he hints I’m any less American than he because I disagree with his politics, there’s only one thing left to say.

Sir, with all due respect, you can go fuck yourself.