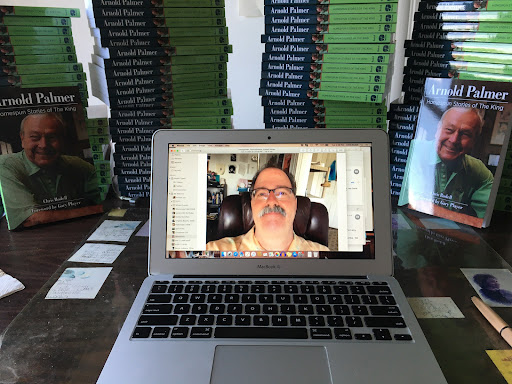 • It’s discouraging to see how many old friends have toiled at lucrative careers and are now one-by-one leaving the rat race, while I slog on, in many ways a bottom line failure. The good news I’ll one day soon have the track all to myself and every day will feel like a victory lap.

• If all the people who so casually remark to relative strangers, "Now, I'm not racist, but ..." suddenly and inexplicably become racist, man, I fear America could be in for some real problems over race.

• The most significant stressor we face in our daily lives involves giving the false impression we remain stress-free in a world that is full to bursting with people who are absolutely stressed out of their minds.

• Ham & eggs. Bacon & eggs. Steak & eggs. They roll right off -- and on -- the tongue. How come you never see a menu offering chicken & eggs? Chicken is one of our most popular & versatile dishes. Is there a squeamishness about about consuming a species' circle of life on 1 plate?

• I’m at an age (58) where if I call an old friend just to say hello, it ruins their night because they presume my call really means either I'm dying or I've heard they're dying.

• After a party weekend spent in the company of many born & bred Latrobeans, I'm convinced natives can detail with perfect clarity the comprehensive romantic histories of all fellow natives dating back to the 1600s. Further, they can pinpoint which cheerleader got her boobs enhanced down to the day and how that worked out at the corresponding GLHS class reunion.

• Given our indifference to irony, I'm surprised we've yet to hear of a Blue Lives Matter gathering that had the audacity to hire a Police tribute band to play the band's 1983 hit "Every Breath You Take.”

• I’d like to see them take all the statues of canceled historic figures (Lee, Paterno, ect.) And put 'em all on a really, really big chess board in some national park and let MAGAs vs progs compete and learn ways to constructively deal with all our their withering animosities.

• I have to think the other Great Lakes resent the Hell out of Lake Superior. I just imagine them sitting around BSing. “Who does he think he is? ‘Oooh, being a Great Lake isn’t good enough for me. I have to be Lake SUPERIOR!’”

• I’m mostly cool with the concept of God creating man in his own image. At least until you get down to the toenails. That's when it all starts to fall apart. What kind of Supreme Being would endure the awkward nuisance of having toenails He'd need to trim Himself?

• The male erection is the ultimate re-gift. Someone gives any man an erection and his instinct is to give it right back.

• Death Valley forecasts call for high temps of 132 degrees. How long before we hear news reports of 1st chef in history baking cookies in mid-air?

• Being a busy podiatrist must at times be demoralizing. Their patients would never dream of putting their best foot forward.

• Any man who is tossing around lots of BS in the hopes it'll get romance to bloom with a seedy woman is engaged in an act of flertilization.

• The pleasant morning sound of wire hangers clinking against other wire hangers is a momentary delight and sonically superior to most popular music released since 1986.

• There are 7.8 billion Earthlings. Experts say it took 2 million years to reach 1 billion, but just 200 years for the next 6.8. Pessimists fret we can't sustain such growth. I say why worry? We're so advanced I can think of a dozen ways we can lose billions of people overnight.

• I was an admirer of Pope John Paul and am surprised that although he died in 2005 we've yet to see a Pope George Ringo.

• The very thought to me is rock blasphemy, but I can pretty much guarantee some kid somewhere thinks it'll be a cool tribute to modernize the Bob Seger classic "Turn The Page," with a 2021 version he's calling "Swipe The Screen."