What happened during the 5 minutes before I went live on-air with an audience of 1.5 million truckers 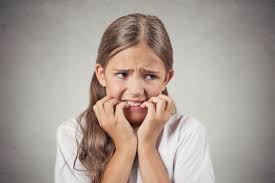 The phone rang at the designated time. It was the producer for the Road Dog Trucker Sirius Satellite Radio Show. They reach about 1.5 million truckers each day. They asked me to be on Saturday to tell Fred Rogers/Latrobe neighborhood stories.

I don’t think people are aware, but I get very nervous prior to a high profile guest spot like this one.

What if I say something that might offend the truckers? What if one of my jokes misfires and the truckers decide to unilaterally strike? What if that leads to national ruin and the severing of all my professional prospects?

Worse, what if my wife decides to listen and I say something about her that leads to personal ruin and the severing of something dearer to me than professional prospects?

I was grateful for the five minute off-air banter that would precede going live. It would allow us to get a feel for one another and critically for me to learn the ground rules. Are certain risque jokes permissible? Would it be a bad idea to use my air time to bash the bandits who set the ever-escalating turnpike tolls.

After a jiffy round of introductions, host Jimmy Mac said, “Okay, there’s one thing you need to know. It’s essential that you — ”

And the phone went dead.

That I what? Stifle my belches? Mention a sponsor? Conclude with a prayer to St. Christopher, the patron saint of truck drivers?

Now, on top of all my other anxieties, I now have equipment concerns: Is my phone failing? Do I call them back? And what is that one thing essential thing?

Finally, the phone rang. It was the show producer. There was frantic urgency in her voice. “You’re on in 12 seconds!!!”

Here’s the clip from my 24-minute segment.