How NYC-style sex party would go over in Latrobe 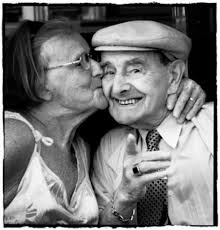 My mind was blown when I read New York City cops busted an 80-person sex party at a club called Caligula. Inside it was wall-to-wall sex. Man on man. Woman on women. Mixes. Multiples. Name it.

I don’t know if any of the police were tempted to join in, but I can guarantee if Caligula has a bar cat it was nervous.

As you can surmise, my invitation must have gotten lost in the mail or else today’s story would likely have kicked off with news about things other than minds getting blown.

I can’t think of 80 people with whom I’d like to party fully clothed.

I have so many questions.

Do people wear name tags and if so, where do they put them?

Are there formal invitations? Do they say — nudge, nudge —  “Come as you are!” I would think composing an artful invitation to a big sex party would be fraught with challenges.

You can’t call it “intimate” if there are going to be 80 folks there, yet the very essence of a sex party promises sweet intimacy itself — that is if your idea of intimacy is screwing someone you just met while some other stranger watches and apologizes for dropping cigarette ashes on your naked ass

And what do you wear to sex party on a chilly November evening? Do you layer up or just put on a trench coat over your Speedo?

Speaking of coats, being the coat check girl at a sex party would be exhausting: “Welcome to Caligula! I’ll take your hat. Now your coat. Now your blazer. Your tie. Your belt. Your shoes …”

Who gets the pretty ones? There are bound to be a few that everyone covets. Is there a player draft like the NFL has each spring?

But getting laid wasn’t the reason I attended Ohio University so I’m not bitter.

Getting laid and getting drunk was the reason I attended Ohio University. Let’s just say I’m, gee whiz, wistful.

I don’t think you could have a really rockin’ sex party in a town like Latrobe. Everybody already knows everybody. There’s already a lot of time-consuming gossip. Layering sex onto the mix and town would grind to a halt.

“So there I was screwing Mr. Watson — he’s the crossing guard at Billy’s school — when Fred the barber comes barging in like he’s late for his tee time. I said, ‘Wait your damn turn, Fred! I ain’t the Wal-Mart and ain’t no Black Friday door-buster sale!’”

Of course, all the stories have noted how prudent social distancing went straight out the Caligulian window.

I guess some people are determined to go out with a bang. The secondary uproar solidifies my contention that one day soon safe sex will be all safe and no sex.

Me, I’d skip ‘em both if somedody'd offer me a sturdy pair of galoshes.

What to bring to any party is always tricky. You can’t go wrong with a nice bottle of wine. Some would say a bold cabernet or maybe a crisp, buttery Chardonnay.

Those are fine, but I have a suggestion for what to bring if you want to be well-received if you ever get invited to a neighborhood sex party.

A binding story on Zumba sex