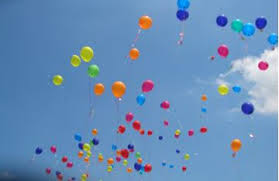 I’m convinced the only way we’re going to solve our confounding plastic waste crisis is to make all the containers we use to transport some kind of food out of some other kind of food.

It’s why I always order soup in a bread bowl. You slurp the soup then you consume the bowl. Nothing is wasted. Nothing is thrown away. The only thing that could be better is if the server presented it on a pancake plate. It’s an environmentalist’ dream, I tell ya.

A minimum-wage career dishwasher’s nightmare, yes, but an environmentalist’s dream.

I’m imaging a world where soft drinks come in bottles made out of, say, bird seed.

That way you could enjoy your soda and let it either drop to the ground or chuck it at the head of any nearby New England Patriots fan. Either way, birds will swoop in and devour the debris or an NFL referee will appear out of nowhere and flag you for mistreating Tom Brady.

Make the penalty flag out of Pringles!

I mention all this because I’ve about reached the breaking point with recycling. As has my Latrobe recycling center, China and, I guess, planet Earth.

My wife and I have been avid recyclers for 25 years. We were on the ground floor of the movement.

That’s about where we’re at now. China says it no longer has a market for trash, so eventually my community recycling facility said it can no longer accept ours. I began to sense we were nearing a breaking point when it dawned on me just how much time I was spending essentially recycling air.

This wasn’t good, old air mind you. It was the crappy stuff you and I breath.

I differentiate because I remember a story in the Weekly World News — vigilant tracker of Bat Boy! — that quoted reputable scientists from South Granada Community College in the Caribbean who said we could cleanse Earth’s air by popping the tires of old cars from the 1950s to liberate the good clean air from bygone days when all was more wholesome.

Mind you, this was the same scholarly tabloid that revealed all the ocean waters are composed entirely out of old dinosaur urine.

But I’ve lately noticed how loading my vehicle up was like Santa loading up his sleigh only I had gifts like stuff nobody really wants. Not even China. I had maybe 4-pounds of actual recyclables in big leaf disposal bag as big as Santa’s sack. I’d pour the contents into the big blue steel container, an enormous unit that must weigh nearly 20 times its flimsy cargo.

I’m one of those guys who is hyper alert to any hint of managerial inefficiency — the sole, glaring blindspot being the way I’ve pursued my entire career.

First, every home recycler should have a spiffy kitchen trash compactor that could reduce a week’s worth of recyclables into the size of my old Speed Racer lunch box.

Then you take your little square to the recycling center where they weigh it, you pay a small fee and they in return give you the key element to ensure the program’s success.

They give you a great, big balloon.

Tie it to you trash and … release! Trash disposal will never appear so scenic.

The balloons will need to go high enough that if they collide with our orbital space trash or some luckless bastards on the International Space Station the whole mess will burn up on re-entry, providing a cool light show for us gravity-bound Earthlings.

That’ll tide us over until space travel gets so cheap we can slingshot disposable rockets full of trash straight into the sun, that great galactic incinerator.

I’d go into more detail on this and the obvious role black holes can play in trash disposal next week, but I’d be lying. That seems like a lot of work. I’ll instead just re-run this post.

What would you expect from such a committed recycler?

I pranked the trash man today
Posted by Chris Rodell at 12:21 PM