Some productive writers finish one book a year; I finished two on Monday 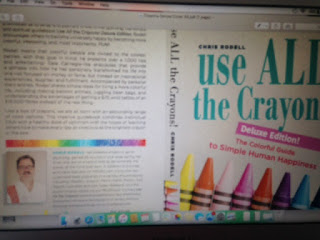 People have from time-to-time asked what’s the longest I’ve ever gone without blogging.

So what was I doing during those sabbaticals?

Well, during the first, I was truly living my life. I buried my father and became one. I started a promising career and abruptly abandoned it five slim years later and got married on September 20, 1996. Happy Anniversary, babe! Love you!

Oh, and I spent a lot of days riding my bike.

What about the most recent disappearance? Was I goofing off?

No, sirree. In fact, I was actually working so hard it felt like I was actually working. First of all was the Arnold Palmer book. I signed the contract on July 31 and the very next day I was in the OR to remove part of my thyroid and a potato-sized lump in my throat that — whew — turned out to be benign.

The contract said I had six weeks to write a 60,000-word book. It was due September 17. I commenced working on it the day I was released from the hospital.

This is evidence of both pluck and stupidity because the operation left my voice a low menacing growl. So when I’d ask some sweet old lady to share her childhood memories of the boy Palmer I’d sound like Dirty Harry about to beat a confession out of some hapless minority.

But I persevered and wound up interviewing more than 200 sources including marquee toppers Jim Nantz and Tom Ridge. And, yes, I made my Monday deadline.

People are very excited about this book. They think it could make my career. If it does, I know exactly what I’m going to do next. I’m going to find another universally beloved small town American icon, move into their neighborhood and spend the next 25 years quietly ingratiating myself.

But right smack in the middle of this occupational tumult landed another huge opportunity right in my lap. What triggered the surprise good news?

I wrote a one-page thank you note. It was addressed to the staff and tenants at National Church Residences on Lincoln Avenue. It’s where my Mom spent her last year before her July 7th death.

This is the point where some of you might thoughtfully intoning, “Rest In Peace.”

Well, she’d been resting peacefully her whole last year. She had wonderful neighbors and people looking after her. I know I mentioned my gratitude in the letter, written on my cheerfully understated “Use All The Crayons!” letterhead.

I told her I could. She asked my fee. I blurted out what I thought was a preposterous initial offer. She didn’t even counter said, “Great!” and wrote the full check on the spot.

I had no choice: It was time to compile and publish the “deluxe” version of  “Use All The Crayons!” It has 1,001 colorful living tips. And instead of 33 essays, deluxe has 57. I figure it’s 80 percent new; it includes the very best from the original and the 800 best from the 3,000 I’ve compiled over the last four years.

And by the oddest of coincidences, in order for me to have enough copies to take to Columbus, I needed to have it all done, proofed and formatted by, yep, September 17.

So, in essence, I published two books in one day; deluxe crayons will be available when I return from Ohio; the Palmer book is due to splash in May.

Robyn John of Apollo Design did another outstanding cover and I can’t say enough about the editing/formatting job done by employee-of-the-year frontrunner Bethany Jones. And many thanks to my old friend Jamie of R.R. Donnelley in Pittsburgh.

I take a bow here, too, because I really busted my rear putting these two together simultaneously under demanding deadline pressure.

The deluxe “Crayons!” is my first exclusive. It won’t be available online; it will give me a tremendous advantage negotiating speaking fees and group sales. For you, my friends, signed copies are just $15.

By the way, these are my last two books. Ever.

If the last six weeks have taught me anything it’s that the big money is — not in writing book — but in writing one page thank you notes.

Front page of The Bulletin! My Arnold Palmer book

Email ThisBlogThis!Share to TwitterShare to FacebookShare to Pinterest
Labels: Arnold Palmer, Chris Rodell, National Church Residences, Use All The Crayons

I have a Cuban Romeo for ya👍🏼