Mourning the death of world's most cheerful man 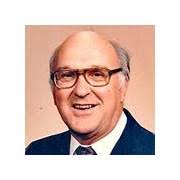 I’ve lately been waking up angry Dick Guenther taught me to drive when I was 16.

I wish Dick Guenther hadn’t taught me to drive until I was 50.

I was thinking this as I was listening to loved ones memorialize this truly great man on Saturday at Christ United Methodist Church in Bethel Park near his Castle Shannon home.

See, I was just so stupid when I was 16. Stubborn, selfish, sass-prone — and those are just the character flaws that begin with the letter “s.”

Val asked me why my own old man didn’t teach me that rite of passage. I don’t know. Maybe Dad didn’t have the patience, thought we’d clash or maybe he didn’t want the obligation to cut into his bar time.

Or maybe he wanted his impressionable young son to spend one-on-one time with one of the most kind, cheerful, generous and loving men any of us have known. Dick and his surviving wife Bernice were two of my parents’ dearest friends.

Guenther, 92, was a retired postal carrier whose route included Willow Avenue in Shannon. Tony’s Barber Shop was on Willow. It’s where Dad used to take Eric and I for buzzcuts when we were kids.

Our visits, it seemed, always coincided with Dick’s daily delivery. More than four decades later, I remember the details still.

He'd spring through the door like his blood was carbonated. He’d razz Tony, Tony’d razz back. They’d belittle Pirate pitching from the previous night’s game. Some local politics would be disparaged and, boom, like that he’d be gone. You could hear him resuming his chipper whistling before the door even closed behind him. The whole conversational tornado lasted fewer than 40 seconds.

In its windy wake were smiles. I believe we can truly take soulful nourishment just by observing a happy person living their happy lives.

Guenther was the reason I became so confused when the term “going postal” began to signify workplace violence.

How could anybody who wore the same uniform as Dick Guenther ever have a bad day?

It’s my understanding Guenther’d had only one bad day his entire life. He was visiting France when some strangers tried to kill him.

They were Germans. It was about a month after D-Day. Had I been there, I’d have said, “Whoa! You can’t kill Dick Guenther! This war is the reason the world needs men like him. And he has so much left to do. He’s going to raise three wonderful children and dote on more generations of grandchildren.

“Now, put down those weapons and let’s talk this all out. Who needs a glass of lemonade?”

I hadn’t seen his son, Danny, in nearly forty years. We had a good hug. He said he couldn’t remember ever hearing his Dad complain about anything in his entire life.

I told him I’d found four things to complain about just crossing the church parking lot.

I’m not kidding when I say I regret he taught me to drive when I was 16. Being a bone-headed young fool, I’m sure I asked this truly great man questions about the finer points of parallel parking, proper braking distance and what to do when the lights on the stupid school bus blink red.

Had I been older, more seasoned, more aware, I’d have asked him the really important questions about just how he did it all.

How in this world of hurt and hate did he remain so cheerful? How did he make the daily joy and well-being of others his life’s priority over his own? Did he ever have any idea how inspirational he was being just by being so happy?

Dick Guenther teaching a snotty 16 year old kid how to drive just seems like a blatant squandering of a magnificent natural resource.

He’s a man who could have taught the whole world how to fly.

R.I.P. Mom: Why feeling sad is so elusive