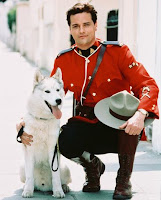 I wonder if it would reduce the viewing impact of the Olympics if they ran them in weekly installments like, say, “How I Met Your Mother.”

I’d watch. I can’t get enough.

These were the best games ever that didn’t involve Tonya Harding.

Maybe it was because it was hosted by Canada, the Chicago Cubs of the international community without the bitter losing streak.

Like the Cubs, our northern neighbors are so lovable and prone to spontaneous inebriation that even opposing fans can’t help but cheer them on. In so many ways, they’re like America without all the in-your-face ‘tude. And they have such a tuneful national anthem that I rooted for them to beat Team USA in hockey for the gold just so I could hear a really great song sung with historic gusto.

It didn’t disappoint. More than 20,000 fans and every single player joyfully sang an ode to a sprawling country that’s never in a hurry to rush off to war or overachieve in any way that’s too show-offy.

If they gave gold medals for national anthems, Canada would be the international powerhouse. “O Canada!” just can’t be beat.

I’ve long argued that countries should change their national anthems every 10 years or so to reflect the national mood. Thus, here in the Clinton years our athletes could have entered the Olympic arenas to Bobby McFerrin’s “Don’t Worry, Be Happy.”

And the Axis of Evil and their minions would have certainly had even more reason to tremble during the G.W. Bush years if our athletes had swaggered into the games to the martial stomp of “We Will Rock You!”

(Early contender for the Obama years: “Why Can’t We Be Friends?”)

But the Canadian national song is so pitch-perfect and pleasant it needs no anthemic alterations. The melody and lyrics are outstanding, some inaccuracies involving that part about ‘standing guard for thee’ not withstanding -- the cheap liquor I’ve bootlegged in and out of Canada over the years would have made rivals like Capone come hunting for me with tommyguns a-blazin’.

So I confess to feeling a little turncoat tingle when the Canadian anthem was played as a squad of proud Royal Canadian Mounted police unfurled the big red maple leaf.

And it was more than the music. See, I’ve always been misty for mounties.

That goes back from 1994-99 when the CBS program “Due South” ran. It starred actor Paul Gross as the dashing Constable Benton Fraser, a mountie so wholesome and good-natured he made Dudley Do Right look like one of those bigoted bunglers that let O.J. Simpson get away with murder.

He comes to Chicago to solve the murder of his father, a legendary Mountie played in ghost form by deadpan comic genius Leslie Nielson, himself a native Canadian from the Northwest Territories (who knew?).

Fraser had a wise-cracking Chicago sidekick detective and Diefenbaker, the ever-faithful half-wolf wonderdog who, while stone deaf, was capable of reading human lips and communicating what was said to the understanding Constable Fraser.

Fraser may have been the greatest straight arrow crime fighter ever conceived. He had supernatural detective abilities stemming from superior application of everyday human senses. I remember one lively episode when he was able to track down a homicidal culprit by smelling the breath of a rat to determine the particular brand of barbecued ribs it had been nibbling.

I admit to feeling kind of sheepish rooting for Team Canada over Team USA, but the game meant so much to a country and a people of such natural exuberance that I couldn’t help myself.

Plus, Canadian star and game winner Sidney Crosby plays for Pittsburgh now and I wanted him to succeed under otherwise crushing national expectations.

To me, the guy’s one of the greatest. He’s courteous, a team player, a leader and a real credit to his country and the city he now represents.

I’m not saying the guy could solve a murder from one whiff of rat’s breath, but The Kid is good.


Note: The Pittsburgh Post-Gazette cited some of my recent blog, “All Snowmen Are Abominable,” in its “Cutting Edge” column on Sunday’s forum pages. I am flattered by the mention and the nifty juxtaposition that something with Amish in the title is considered cutting edge.
Posted by Chris Rodell at 8:14 PM