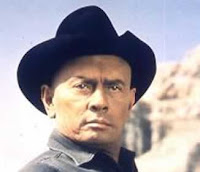 I concluded this after the anticipated groundswell of consensus for what one friend calls my Barney Fife Amendment failed to materialize.

That’s a pity because it’s a sound idea.

But now that we’ve gone about nine days since the last mass shooting made national headlines, it’s starting to feel like we’re overdue. So I’m in a rush to come up with another solution because there’s been no movement that could break the rhetorical stalemate and end the slaughter.

Lots of people think there should be some sensible restrictions on guns, but we all have to acknowledge that here in America people love guns and many people who love guns are dying to use them on innocent strangers.

That’s the rubric with which we’re stuck. So we need to find a way to satisfy those twin urges.

Anyone with homicidal tendencies is allowed to purchase, for a reasonable price, a hunting license that will allow them to kill up to, say, a dozen strangers in a controlled environment. I think a dozen deaths would certainly satisfy all but the most incorrigible psychopaths.

With fewer spree killers on the loose, our overworked police could focus their investigative eyes on rounding up the bloodthirsty worst.

I know at this point many of you think you’ve spotted a flaw in my logic. I anticipated the following question: So where are we going to get the victims, smart guy?

We ask for volunteers. If statistics are any guide, in four weeks we’ll have about 2,000 of them lined up to help reduce gun violence by becoming willing victims of it.

Those would be our suicidal friends and neighbors. They represent the 11th leading cause of death in America with 32,439 of them in 2004.

Understand, I’m not talking about the teenagers who are heartbroken because Britney left them for a boy with a nicer car. Those sorts of depressives would be identified in the screening process and given the necessary counseling.

I’m talking about the elderly, the terminally ill and the hopelessly forlorn who can’t shake things like being fans of teams like the Cincinnati Bengals. Many of these people are already seeking a Kevorkian solution. Giving them one is something that would appeal to liberals who believe in assisted suicides to end prolonged suffering.

So you see the circular logic of the plan means we’re killing two birds with one proverbial stone. And the N.R.A. is bound to be supportive of any equation that involves that much killing.

The suicidals wouldn’t have to endure the lonely stigma of dying alone and in secret despair. They’d be given loving wakes and a hero’s send off as their last act is to contribute to societal good by becoming a notch on the barrel of some psychopath’s AK-47.

Me, under the right circumstances, I’d do it in an instant. It would beat terminal cancer or certainly the decline of old age. I’ve seen with my own eyes how an elderly loved one dies. It’s a heartbreaking humiliation. Death with dignity, even with loving hospice care, is a sad oxymoron.

Let’s say I make it to about 80. Every thing’s breaking down. I’ve already buried most of my friends. I’m a nuisance to the kids. Offer me a fine and official send off and a tidy death by bullet and I’d jump at the chance, or maybe just tilt over on my walker.

Think of the potential. The government could construct controlled theme parks where everyone who enters is wearing a jump suit identifying them as someone who wants to kill or be killed. And the potential suicides could be armed, too. It would make it a fair fight. And if some cranky septuagenarian with a good squint and a steady trigger finger offs a psychopath or two before they receive their own lethal ventilation, then great.

But I hope people take this idea with the gravity it deserves. I’m happy to help break the rhetorical impasse that has made us all numb to a homegrown violence. It’s gotten so bad, so common, that al-Quaeda hostiles must feel like loosening up their turbans while they sit back and enjoy watching us all kill each other so they don’t have to.

And I’ll welcome any other suggestions as to how we can break this ongoing and horrific deadlock.

Because if things keep going the way they are, it’s a lock we're bound to wind up with more dead.
Posted by Chris Rodell at 3:14 PM

Yes, just a little mind doodling. Thanks as always, Kimmi, for taking the time to read and flatter.