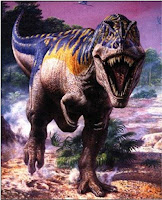 It began to dawn on my daughter sometime earlier this year that I haven’t been getting into telephonic shouting matches with President George W. Bush every month or so.

And that’s the truth.
Posted by Chris Rodell at 1:45 PM