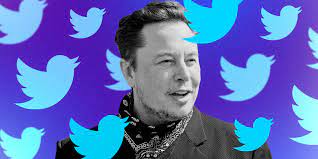 • It should come as no surprise but, given our sedentary natures, most standstills have become sit stills.

• The exclamation point is to punctuation what the erection is to the male ego. The more you expose it, the more likely it begins to bore those it was intended to thrill.

• Told the kids one of the best ways to get ahead is to ignore the advice of mediocre adults. They pretended not to hear me ... I know. I have only myself to blame.

• To my everlasting shame, I remember in my surly youth seeing an old man limping in front of me, impeding my stride. I remember with a mix of exasperation and disdain thinking, "What's WRONG with you, old man." Much time has passed and today the only time I think such contemptuous thoughts is when I'm looking in the mirror.

• How empty would your house be if all the glasses, towels, tools, and whatnot were suddenly returned to the bars, hotels, employers, and neighbors you stole/borrowed them from when your ethics were less rigorous?

• I’ve run my own websites, zoom called 'round the globe, etc. Trust me. I'm tech competent. If that's so how come after I've successfully weighed, paid, and bagged 12-items or fewer, I look around at the people in the self-scan line behind me like I'm waiting for one of them to hand me a football to spike.

• I wish there was a superhero whose power was the ability to call a square dance so seductively that battlefield soldiers would -- yee! ha! -- drop their weapons and commence to dosey-doin'. This would give Freedom Fighters the chance to swoop in and declare victory or -- boy! howdy! -- enlist in the shin dig.

• I’m so messed up that when someone introduces me as "good people," I can't tell whether they're flattering my character or talking in code to inform others about my multiple personality disorder. Part of me thinks it's the former, another part of me thinks…

• I’m so vain about my influence, if someone ran into my office and in a panicky voice told me a zombie horde was here to "pick my brain," I'd prepare notes on an array of interesting topics and tell her to let them in when she hears the tea kettle whistle and not a second before!

• In what was one of life's cruelest ironies, we spent an unbroken 2 hrs/ 40 mins listening to a man talk about his artistic career. With no regard for our interest or the endurance of our collective bladders, he talked and talked .. The irony is the man was a .. MIME! Swear to God

• I wonder how much money you have to have in your IRA before you can with a straight face say, "It's only money." I'd never insult money so cavalierly. Guaranteed, no one who's ever said, "It's only money," has ever googled how much he or she could get on the black market for a spare kidney. I'll save you the trouble: ballpark, $65,000.

• What is it about human nature that when we verbalize the common, conversational ice-breaker, "So, how you been?" the response we dread hearing the most is the one that involves them actually and thoughtfully telling us how they've been.

• I know this is going to cause many people to label me as prejudiced, but to me they all look alike. They all sound alike, they exhibit the same behaviors, and it’s hard to tell one from the other. I'm not talking blacks, Jews, Chinese, etc. I'm talking superhero movies. Seen one, seen ‘em all.

• True gender equality will remain elusive until someone invents a public toilet seat that renders moot the whole seat up/seat down puzzler, one the average male can figure out before he either urinates all over the stall or himself.

• I asked daughter, 15, to imagine what it was like to be forced to talk into phone where everyone could hear me. The static I had to put up with when my parents busted me ordering beer and buying dope for the weekend kegger. Who can blame me for splitting for Vegas when I turned 12?

• Studies show typical woman needs just 5 seconds to decide if she'd sleep with a man she just met. I believe it takes men longer, but only because men, being practical, are factoring in scenarios where he and the woman must engage in the process of repopulating the entire planet.

• One of the unmentioned benefits of having a smart phone is the reduction of embarrassing "senior moments." Now, instead of feeling defeated by memory loss, we just look up the answer. That is if we can remember where we put the damn thing ...

• I dreamt I was gazing out all around the world and everywhere I looked all I saw was ruin, injustice, and want. I shouted to the Heavens, “What can I do to bring peace to this sad world?” A trumpet sounded and I heard a voice say, “You can write a madcap novel about eternity, soulful redemption, and a love so hard it can forgive every sin.”

This I have done.

Who am I kidding? The title popped into my head one night and I thought, now, that’d be a fun story to tell.

Plus, I didn’t really have anything better to do …